Mediabrands includes ad planning and buying agencies UM, Initiative, and Reprise and a content production studio. It has become increasingly critical to IPG over the past year as its agencies helped clients adjust in the pandemic.

Pelage, along with Beach, is charged with maintaining financial discipline across Mediabrands.

Beach, who held the global chief operating officer role before becoming CFO in 2014, will remain involved in individual agencies’ operations. His responsibilities include legal, IT, and sustainability, and he will now also oversee Mediabrands’ market-research firm Magna.

According to consulting firm R3, nearly 50% of IPG’s 2020 new business revenue for the year came from Mediabrands. Insiders said it was key to helping the company report organic revenue declines of 4.8% for the year, compared to 8.2% for WPP and 11.1% for Omnicom.

Initiative also recently won T-Mobile’s $2 billion-plus US account in the biggest pitch of 2021 so far. Other top Mediabrands clients include Amazon, Salesforce, American Express, and Coca-Cola.

Pelage told Insider moving from finance to advertising is not such a big leap for her because both industries face strict regulations and have data and privacy concerns.

She said IPG’s commitment to diversity made the career change appealing, and hopes an international background — she was born in Martinique, studied in Paris and worked in Hong Kong — can help her mentor others at the organization. 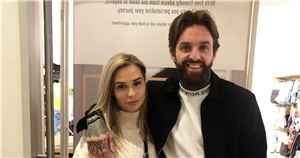