The legendary actor died in January 2016 from pancreatic cancer.

Eddie Izzard has led the cohort of celebrities who gathered to pay tribute to the late Alan Rickman, ahead of the release of his book.

Eddie Izzard, 60, dressed to impress as she stepped out in honour of the late Harry Potter actor Alan Rickman, for an event held by the British Film Institute. The comedian sported a red midi dress for the occasion as she appeared alongside a host of famous faces.

Eddie’s dress was teamed with black tights, while she accessorised with glasses and a matching red manicure.

To complete the look, she heightened her frame with glossy, pointed toe heels.

She added a bright red lip to match, beaming for shots inside the BFI Southbank event – called Madly, Deeply: A Celebration Of Alan Rickman.

The event was hosted by Mark Kermode and featured some of Rickman’s most iconic moments on-screen and excerpts from his diaries.

Alan Rickman was best known for roles which showcased his deep, nasal and languid voice

These roles include Severus Snape in Harry Potter and Hans Gruber in Die Hard.

Other celebrities include Dame Emma Thompson and her husband Greg Wise.

The event was hosted by Mark Commode and comes ahead of the launch of the late actor’s book, featuring snippets of his diaries, this week. 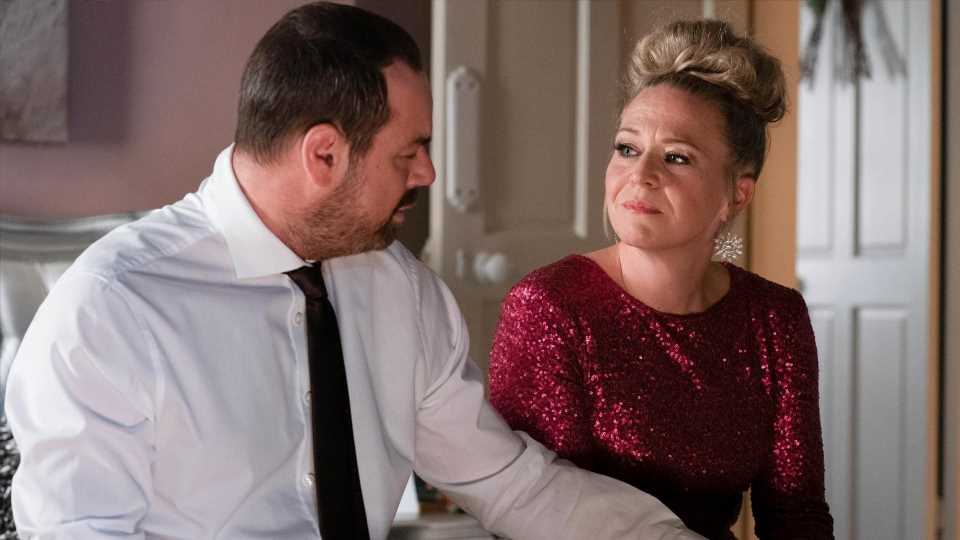