The Duchess of Cambridge undeniably has a great rapport with her in-laws, particularly with her grandmother-in-law, the Queen.

Their close bond was clear to see during the first year of Kate’s marriage to Prince William, when the couple joined the monarch in Nottingham for the Diamond Jubilee celebrations.

In footage that has resurfaced online, Kate was seen sweetly kissing the Queen’s cheek upon her arrival at Nottingham train station back in June 2012.

Over the years, Kate has joined her Majesty at many events – including their joint visit to King’s College London in 2019. This marked the first time the pair went to an engagement together without any other members of the family.

The Duchess is always very respectful of the Queen, and once revealed a conundrum everyone can relate to. Starring in ITV documentary Our Queen At 90, Kate revealed that she didn’t know what to give the Queen for Christmas but settled on homemade chutney made from her own grandmother’s recipe. 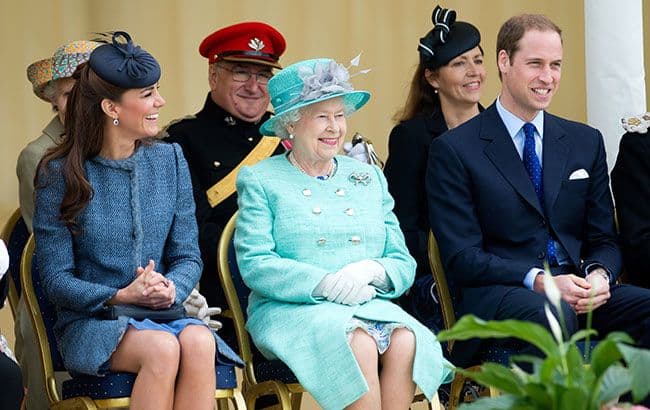 Prince William and Kate with the Queen in 2012

“She (the Queen) really cares,” Kate said. “I can remember being at Sandringham, for the first time, at Christmas. And I was worried what to give the Queen as her Christmas present.

“I was thinking, ‘Gosh, what should I give her?’ I thought back to what I would give my own grandparents. And I thought, ‘I’ll make her something.’ Which could have gone horribly wrong. But I decided to make my granny’s recipe of chutney.”

Kate added: “I was slightly worried about it, but I noticed the next day that it was on the table. I think such a simple gesture went such a long way for me and I’ve noticed since she’s done that on lots of occasions and I think it just shows her thoughtfulness, really, and her care in looking after everybody.”

Make sure you never miss a ROYAL story! Sign up to our newsletter to get all of our celebrity and royal news delivered directly to your inbox.