Kelly Clarkson performed a cover of English rock band The Smith‘s “How Soon Is Now” during the “Kellyoke” segment of Monday, May 9’s episode of “The Kelly Clarkson Show.”

“I am the son and the heir/ Of a shyness that is criminally vulgar/ I am the son and heir of nothing in particular/ You shut your mouth/ How can you say I go about things the wrong way?/ I am human and I need to be loved/ Just like everybody else does,” the talk-show host crooned, backed by her band’s Y’all.

“How Soon Is Now?” was written by singer Morrissey and guitarist Johnny Marr. The song was originally a B-side of the 1984 single “William, It Was Really Nothing”, but it later featured on the compilation album Hatful of Hollow and on U.S., Canadian, Australian, and Warner U.K. editions of Meat Is Murder. 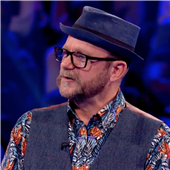