EastEnders star Louisa Lytton has revealed a mixup over her fiancé’s nationality led confused relatives to believe their wedding would be held in New York instead of the English city of York. The 31-year-old actress and her husband-to-be Ben Bhanvra were left amused by the confusion, revealing all in a new interview.

The couple, who got engaged back in May 2019, have had their wedding plans disrupted several times because of the ongoing coronavirus pandemic.

Asked if she was feeling stressed about the thought of her wedding not going ahead because of the unprecedented situation, Louisa admitted that she was, and that it was tiring to repeatedly answer the same questions from family and friends.

She said the “logistics of it all” were difficult.

“There’s only so many people’s questions that you can answer without knowing if it’s definitely going ahead,” the frustrated actress added.

Revealing the location of their wedding, the soap star went on to tell this week’s OK! Magazine that the couple hope to tie the knot in north Yorkshire.

She then explained how the confusion came about in the first place.

Louisa and Ben went on to detail the knock on effect of the error.

“People were saying, ‘You’re not American,’ We had no idea what they were talking about,” Ben said.

The actress’ guests had been getting in touch to ask why they hadn’t been informed that the wedding would be in America.

She continued: “All our family and friends were texting us saying, ‘We’re not flying to New York! How much are flights? Why didn’t you tell us?’ We couldn’t stop laughing.”

Ben proposed to Louisa during a romantic trip to the Maldives in summer 2019.

She burst into tears when she saw him get down on one knee to pop the question.

The BBC star originally wanted to marry her fiancé within one year of their engagement, however their plans were thwarted by the outbreak of COVID-19 and the subsequent restrictions.

The bride-to-be thought about “scrapping everything” and starting again with her wedding plans but the couple, who recently purchased their first home together, would lose too much money.

Instead of jetting off for her hen do in June last year, Louisa headed to work and then enjoyed a low key picnic in the park with friends.

Three months later, Louisa shared a picture of the pair unloading a moving van at their new home on Instagram to mark their latest adventure together. 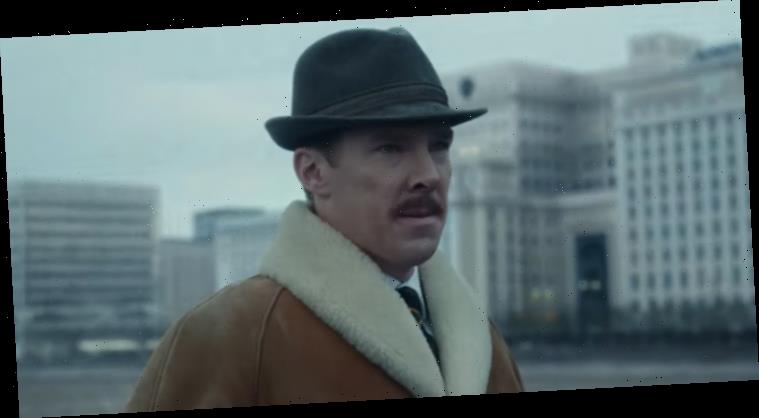 Benedict Cumberbatch is Recruited by Spies in ‘The Courier’ Trailer – Watch Now!

Benedict Cumberbatch is Recruited by Spies in ‘The Courier’ Trailer – Watch Now!

Major test for government on its commitment to halt species extinction