The Princess of Wales is hosting her first meeting at Windsor Castle, since she and Prince William moved to nearby Adelaide Cottage last summer.

Kate, 41, is meeting a group of eight experts from across academia, science and the early years sector, who have been appointed to advise the Princess on the work of her Royal Foundation Centre for Early Childhood.

The royal mum-of-three launched the centre in June 2021 after a decade of working to highlight the importance of the first five years of a child’s life and the impact on later life.

It comes after the Prince and Princess of Wales penned a personal Twitter message to New Zealand’s outgoing Prime Minister, Jacinda Ardern, following the announcement of her resignation.

HELLO! will be bringing you live updates from Kate’s outing… 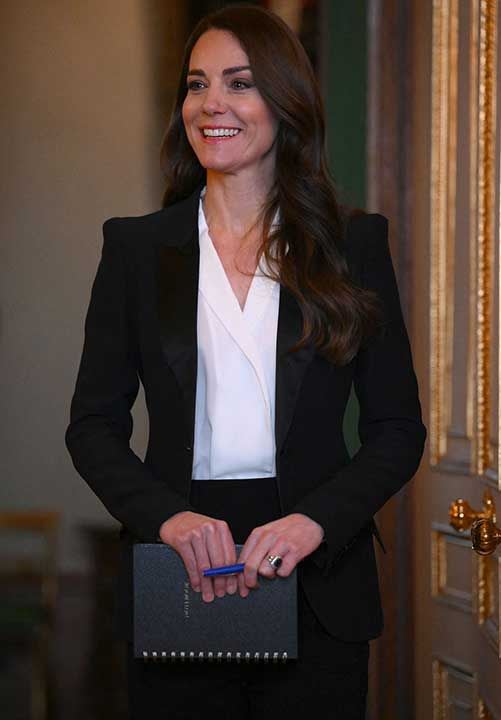 The Princess stepped out in a tuxedo suit for her meeting.

Listen: The Harry and Meghan A Right Royal Podcast special

Make sure you never miss a ROYAL story! Sign up to The Royal Explainer newsletter to receive your weekly dose of royal features and other exclusive content straight to your inbox.