Rylan Clark has spoken candidly of how he told his TV friends Ruth Langsford and Eamonn Holmes to "get out" of his house, during the depths of his depression following his marital split.

The 34 year old TV personality split from his husband of six years, Dan Neal, in 2021, causing him to become severely depressed, admitting there were times he "couldn't speak", as well as being hospitalised after suffering two heart failures.

Rylan appeared on the High Performance podcast with broadcaster Jake Humphries and organisational psychologist Damian Hughes, as he went into detail about the dark time in his life, including shunning friends Ruth and Eamonn, who had "driven two hours" to see him after his worried mum called them.

Speaking about how a friend will "try to and do anything to help you" when you're "at your lowest," Rylan explained how he reacted when Ruth and Eamonn turned up at his door.

He said: "I remember, I didn’t want to see anyone at the house and I became really agoraphobic, and my mum called Ruth and Eamonn, and they turned up at my house.

Despite telling Ruth and Eamonn, who he describes as "like his mum and dad", to leave his home, Rylan reflected that their presence there "reminded me that there was life outside the front door" and also that he "was someone before all of this s**t".

Rylan went on to say that "you forget you're a person" when going through that, and that you "forget you've got a body, a brain and a voice".

The star shared that the time following the breakdown of his marriage to Dan was "the lowest time of my life," and said that he was trying to do "everything I could for my body to shut down." 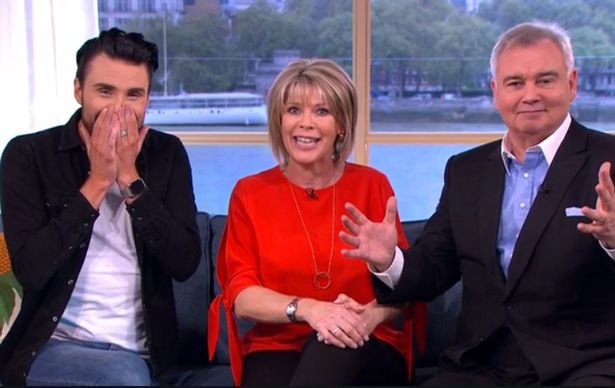 The TV star, who has enjoyed presenting stints on This Morning and Big Brother's Bit on the Side, as well as other TV appearance, has previously admitted that he expected Dan to "understand" when he confessed to cheating earlier in their relationship.

Speaking to Alison Hammond and Dermott O'Leary on This Morning in December, Rylan opened up on the reaction from his ex-husband Dan last year, when Rylan admitted that he had cheated, saying that he "weirdly" expected Dan to "understand" why he had to tell him, but admitted that Dan's response was "the exact opposite" and threw him.