The royal family are no stranger to a candid birthday photo but for Lilibet, the youngest child of Prince Harry and Meghan Markle, her epic first birthday was celebrated with just messages from her royal family members, as no photos of the one-year-old were shared.

Until Friday, Lili had never met her great-grandmother, the Queen, despite having been affectionately named after her. She was born during the COVID pandemic and lives in America meaning she hasn’t had many opportunities to be captured with her extended family.

Uncle and Aunt, the Duke and Duchess of Cambridge also wrote a heartfelt message to their niece and penned: “Wishing a very happy birthday to Lilibet, turning one today!” alongside a balloon emoji. 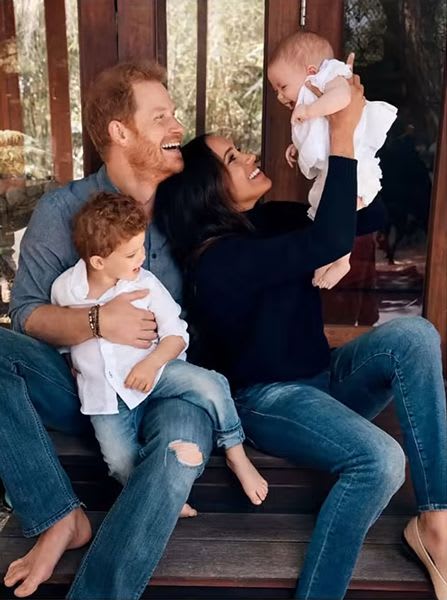 For cousins Charlotte, seven and four-year-old Louis’ recent birthdays the duchess took a series of private photos of her children, which she shared on social media.

The most recent birthday photos were of princess Charlotte who turned seven last month.

Charlotte looks spectacular in the photos  © The Duchess of Cambridge

The 40-year-old shared heart-warming snaps of her daughter, pictured alongside the beloved family dog, Orla, who they welcomed in January last year.

Before that, Kate captured stunning shots of Prince Louis who turned four just under two weeks before his sister, looking fantastic in sporty beach shots.

Royal fans went wild for the candid shots of the brother and sister. On Louis’ post, one fan penned: “I think he’s a good mix of Charlotte and George!” A second replied: “…he has grown so much and is identical to his brother o Prince George – they look like twins!”

George is quite the sportsman already © The Duchess of Cambridge

Whilst on Charlotte’s special photos, fans couldn’t help but comment on how much the seven-year-old looks like her great grandmother the Queen. One fan said: “She looks like the Queen in younger years.”

While others thought Charlotte resembled her dad William. One fan replied: “She is the double of William.” A second added: “A mix between William and the Queen…”

Make sure you never miss a ROYAL story! Sign up to our newsletter to get all of our celebrity and royal news delivered directly to your inbox.

Madonna Thought She Destroyed Her Own Career After VMAs Wardrobe Malfunction

Brett Goldstein Had Two Weeks to Prep for Thor: Love and Thunder, Did 400 Push-Ups Day of Cameo