Looking for a podcast to listen to this autumn? These true crime series are guaranteed to keep you hooked for hours on end, including Girl Taken, Blood Ties and My Favourite Murder.

When it comes to podcasts, the true crime genre has long reigned supreme. Indeed, it may have been well over six years since the first season of Serial hooked listeners all around the globe, but our collective obsession with true crime podcasts shows no signs of ending.

However, while there have been plenty of true crime podcasts released over the last few years, there are a handful that have really captured our attention with their detailed research, hard-hitting storytelling and intriguing reporting. And that’s where this list comes in.

With new true crime podcasts being released all the time, it can often be hard to tell which ones are really worth listening to, so we’ve put together this edit to get you started.

Netflix’s most important true crime documentaries, from Athlete A to The Family Next Door

From the aforementioned genre-defining Serial to the detailed investigative style of Stolen: The Search For Jermain, there’s something for everyone on this list. So, whether you’re looking to find out more about some of history’s most infamous crimes, are fascinated by the stories of fraudsters and scammers or learn about the process behind a criminal investigation, you’re sure to find something to suit your interests.

So, without further ado, here’s our edit of the best true crime podcasts to listen to now.

The best true crime podcasts to listen to in 2021

Hosted by Australian journalist Hedley Thomas, The Teacher’s Pet is an investigation into the 1982 disappearance of Lynette Dawson, wife of rugby league player Chris Dawson. Throughout the 14-part series, Thomas digs deep into the 36-year-old unsolved cold case, uncovering new pieces of evidence which have changed the direction of the case and brought new hope that Dawson’s disappearance will finally be solved.

With the subsequent murder trial currently taking place in Australia, there’s no better time to get acquainted with this mysterious case –there have been four update episodes since the original podcast’s conclusion back in August 2018, and the story is far from over.

We’ve probably all heard of Serial, a podcast presented by Sarah Koenig and produced by This American Life. Now in its third season, the iconic title offers plenty of content for the true crime newbie to explore –each season sees one true story unfold through a variety of twists and turns. The best part? The host doesn’t know what happens at the end of the story until she gets there, too, so you’re following the story together over the course of the season.

While previous seasons focused on “extraordinary cases”, season 3’s look at a Cleveland courthouse is an “overarching account of an institution” – and it’s no less gripping because of it.

You know that feeling you get when you fall in love with a series, only to find out it’s been cancelled or ended long ago, leaving you with a pitifully small handful of content? There’s no chance of that with My Favourite Murder.

The podcast, presented by comedians Karen Kilgariff and Georgia Hardstark, started in 2016, and has captured the attention of audiences ever since –they’ve now uploaded an impressive 182 episodes, with a scattering of ‘minisodes’ and other specials inbetween.

Why’s it so popular? Probably because it’s a pretty unique combo – a true crime podcast that’s also funny. Each episode the true crime fans tell each other stories of their favourite tales of murder, and hear hometown crime stories from friends and fans. The show even has a dedicated fan base who call themselves “Murderinos”.

All Killa No Filla

With some harrowing stories and a bit of humour thrown in the mix, Fairburn and Pritchard-McClean use each episode to examine a different serial killer, from Jack the Ripper to Ted Bundy. It’s simultaneously dark, hilarious and terrifyingly engaging –just what the doctor ordered for those long, boring commutes.

You Must Remember This

Best true crime podcasts: You Must Remember This.

Although You Must Remember This is not technically a true crime podcast –it explores the stories of old Hollywood –the season dedicated to Charles Manson is definitely worth a listen if you’re a fan of the genre.

If your interest has been peaked after watching Quentin Tarantino’s new film Once Upon A Time in Hollywood, which tells the story of actress Sharon Tate’s murder at the hands of Manson’s followers, give this season a listen for more of the backstory and details of the brutal acts of violence that took place across Hollywood because of Manson.

Film star Natalie Wood’s death has never been explained, and is subject to intense speculation. Fatal Voyage: The Mysterious Death of Natalie Wood unpicks much of this speculation, and explores exactly what happened that day in 1981 when Wood disappeared from aboard a yacht and her body was found washed up ashore the following morning.

Despite her husband Robert Wagner’s claims that she accidentally fell overboard, there are still plenty of questions to be asked as investigative journalist and host Dylan Howard is joined by a team of investigators to try and work out what happened. And in the light of new evidence, it seems a much larger conspiracy may have been at play…

Started in 2016, Casefile deals with solved or cold criminal cases, often related to well-known murders and serial crimes, including the case of Britain’s Becky Watts. This is another series with plenty of content on offer –the most recent upload was the 119th case the podcast has looked at.

Perhaps most interesting, however, is the mystery of the shows host. Despite being hosted by the same Australia man since it’s beginning, his identity remains completely anonymous, adding to the mystery and creepiness of the true crime show.

A true crime podcast with a difference, Happy Face follows host Melissa Moore –daughter of serial killer Keith Hunter Jesperson –as she navigates the reality of her father’s crimes and her own relationship with him and them.

In a series which is often deeply personal and raw, Moore questions the legacy of her father and explores her connection to what he did. Ultimately, Moore is haunted by the show’s summarising question: “When you look like your father, and you share his intelligence and charisma, how do you know you’re not a psychopath, too?”

Dr Death follows the true story of Christopher Duntsch, a Texas surgeon who was convicted of gross malpractice after many of his patients were left seriously injured –or even dead –after he assured them his surgeries would help them when nothing else would.

Presented by Laura Beil over 10 harrowing episodes, Dr Death explores the reality of a medical system that “failed to protect patients at every possible turn,” as she uncovers a terrifying story of what can happen when we place our trust in the hands of someone we shouldn’t.

Missing and Murdered: Finding Cleo follows the case of Cleo, a young indigenous girl taken from her family when she was six years old and adopted in the U.S.. Although her family believe she was raped and murdered when trying to hitchhike home to Saskatchewan, the mystery of where Cleo ended up has never been solved –and that’s where Missing and Murdered picks up.

CBC news investigative reporter Connie Walker joins the search to find out what really happened to Cleo in a podcast series which is sometimes difficult – but worthwhile – to listen to.

The Last Podcast on the Left

Best true crime podcasts: The Last Podcast On The Left.

Put The Last Podcast on the Left on shuffle and prepare for a journey through the world of cults, serial killers, conspiracy theories, UFO sightings, ghosts and much, much more. And with over 350 episodes to binge on (some are over an hour long) you won’t be strapped for content when you’re craving a good scare.

What makes the show so great is the fact that you never know what you’re going to get – you only know it’s going to be something pretty horrifying and “guaranteed to satisfy your blood lust”. Delightful.

The premise is simple: Crime Junkie is simply a series of true crime stories for people who can’t get enough of true crime. With stories of murder, conspiracies, serial killers, missing people and more, each episode follows a different story (or stories) – each neatly labelled so you can pick and choose as you fancy.

Getting your true crime fix has truly never been easier.

RedHanded is a grisly crash course in all things horrifying –and we can’t get enough. Alongside the usual true crime stuff –serial killers, murderers etc –there’s some other topics of conversation which make this podcast unique, including stories of hauntings, possessions and other disturbing mysteries.

As the show surpasses it’s 100th episode there’s certainly a lot of content to get through (especially as some episodes are more than an hour long), but with Suruthi and Hannah as your hosts, you’ll be gobbling it up in no time. We’ll take it all, please.

Who the Hell is Hamish?

Best true crime podcasts: Who the hell is Hamish?

If you fancy your true crime a bit less blood-splattered, you might want to try out Who the Hell is Hamish? a podcast from the team behind The Teacher’s Pet. The podcast series documents the life of serial conman Hamish McLaren, who was sentenced to jail in early 2019 after he conned a handful of victims into funds amounting to more than $7m – but that was just a leaf out of his book of scams and trickery.

For decades, McLaren has duped victims across the world –and this is the whole story.

As pioneers of the true crime genre, The Generation Why Podcast team are experts when it comes to unsolved murders, conspiracy theories and everything inbetween. Since 2012 the two friends who host the podcast –Aaron and Justin –have been sharing their opinions and theories on the greatest unsolved cases and disappearances –and their ideas will certainly get you thinking.

At 40 years old, April Balascio’s life was turned upside down when something she’d feared for a long time was finally proved to be true: her Dad, Edward Wayne Edwards, was a murderer. The Clearing is a podcast which tracks the story of Balascio’s life ever since she picked up the phone and shared her suspicions with a detective back in 2009 –a choice which led to her father’s eventual arrest and convictions.

The Clearing sees host Josh Dean guide Balascio through her childhood and past to explore her father’s actions – and with new episodes being uploaded weekly, nows the time to jump on the bandwagon and join Balascio on her journey.

Unheard: The Fred & Rose West Tapes gives a chilling insight into the grisly murders going on behind the scenes of the couple’s seemingly normal life. While at first the dismembered remains of one teenager – Heather West – were found underneath the couple’s garden patio, the police later discovered that the Wests had killed at least 12 women and girls.

Narrated by bestselling author and journalist Howard Sounes, this podcast looks back at his investigations into Fred and Rose West at the time of the revelations. During that time, Sounes recorded his interviews and reflections on cassette tape – and it’s these never-before-heard recordings, including interviews with close family members of Fred and Rose West, which form the basis of the podcast.

Break In The Case

Following some of the world’s greatest detectives to three crime scenes, Break In The Case gives a unique insight into NYPD investigations and the people who conduct them. 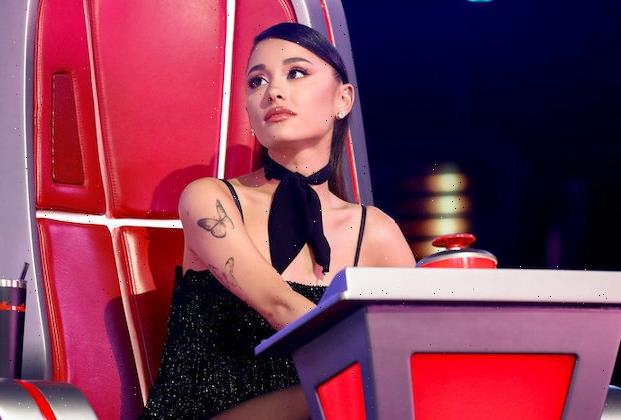 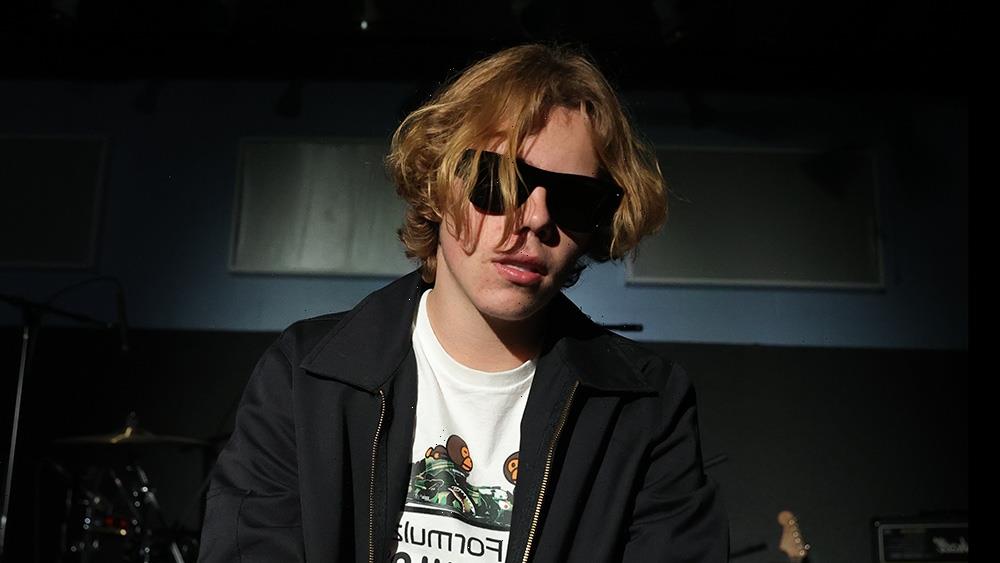