Don Imus, who tested the limits of shock radio with his irreverent attacks on celebrities, politicians, racial and ethnic groups, women, gay people and practically anyone whose head stuck up out of the foxhole, died on Friday in College Station, Texas. He was 79.

A publicist, Matthew Hiltzik, confirmed his death, at Baylor Scott and White Medical Center. The cause was not specified. On his “Imus in the Morning” show on March 16, 2009, Mr. Imus disclosed that he had prostate cancer. He was advised to have radiation treatments, but said he had chosen to treat the disease holistically.

For nearly a half-century — from his start on local stations in the West in 1968, through a succession of New York regional and national radio stations and cable networks, until his retirement in 2018 — Mr. Imus, with occasional and sometimes extended timeouts for illnesses, accidents or legal problems, entertained and offended countless millions with his mercurial outbursts.

The outpouring of sympathy after his disclosure about his prostate cancer reflected not only his wide following as a radio personality but also admiration for his private charity work, raising millions for the rehabilitation of wounded veterans of the Iraq war and for children with cancer and siblings of victims of sudden infant death syndrome. Since 1999, many of these children had spent summers on his ranch near Ribera, N.M.

The public Don Imus was different. Grizzled, irascible, foulmouthed, an outrageous, confrontational growler with a buckram face, a battered cowboy hat and a gun on his hip, he spent decades on the air doing pranks and parodies that were often brutish, tasteless or obscene and sometimes racist, sexist or homophobic — all while surviving alcoholism, cocaine addiction, repeated firings and a nearly fatal fall from a horse.

Sponsors worried, but paid handsomely for airtime. His employers waffled, but took in $50 million a year and paid him $10 million. He was sued for defamation, denounced, ridiculed, shunned, hated and feared. But legions of devoted listeners — a drive-time audience of millions tuned in to 100 radio stations across the country and a cable television network — adored his irreverence and gut-fighter’s instincts.

After years on the edge of acceptable standards, however, Mr. Imus went too far on April 4, 2007, when, in his trademark drawl, he referred to the Rutgers University women’s basketball team, which had reached the N.C.A.A. finals and was composed mainly of African-Americans, as “rough girls” and “nappy-headed hos.”

“He didn’t just cross the line,” Mr. Obama said. “He fed into some of the worst stereotypes that my two young daughters are having to deal with today in America.”

Supporters defended Mr. Imus, pointing to his charitable work. And he apologized, saying, “This time we went way too far.” But CBS, his main employer, and MSNBC, the cable network that simulcast his radio show, canceled his show, which had been heard in New York on WFAN.

Eight months later, after Mr. Imus and CBS settled a lawsuit over his $40 million contract and a suit against him by a Rutgers player was dropped, Mr. Imus returned to the air under contracts with Citadel Radio and RFD-TV, the rural television network. The show was heard on WABC and dozens of radio affiliates, and simulcast on RFD-TV. But in 2009, Mr. Imus and RFD-TV mutually agreed to end their contract three years early, clearing the way for a simulcast on the Fox Business Network.

Bernard McGuirk, the producer whose reference to “some hard-core hos” had prompted Mr. Imus’s outburst, was back. But he had added two black comedians to the cast, and his guests included the presidential candidates John McCain, a Republican, and Christopher Dodd, a Democrat. Mr. Imus said he had been chastened. But he signaled that he would not curb himself completely.

“Dick Cheney is still a war criminal,” he said. “Hillary Clinton is still Satan. And I’m back on the radio.”

In a commentary in The New York Times, the media columnist David Carr wrote: “Mr. Imus’s friends will tell you that he is not a racist in his heart. But what is or is not in the heart of a radio talk show host is much less important than what comes out of his mouth.”

John Donald Imus Jr. was born on July 23, 1940, in Riverside, Calif., and raised with a brother, Fred, on ranches near Kingman and Prescott, Ariz. His parents were divorced when he was 15, and he was often in trouble. He quit high school and joined the Marine Corps, where he played in a band.

He later bounced around and experienced periods of poverty and homelessness, followed by trouble of his own making. As a window-dresser, he staged mannequin stripteases. He broke his legs working in a uranium mine and was a brakeman on the Santa Fe Railroad. He enrolled in a Hollywood broadcasting school, but got kicked out for keeping the G.I. Bill tuition money.

Mr. Imus married Harriet Showalter in 1969. He adopted her two daughters, Nadine and Toni, and the couple had two other daughters, Elizabeth and Ashleigh. They were divorced in 1979. He was married in 1994 to Deirdre Coleman, with whom he had a son, Frederick Wyatt. He later adopted Zachary Don Cates, who at 10 had visited the Imus ranch program for children with cancer.

He is survived by his wife, his four daughters and his sons. His brother, Fred, a country songwriter and radio personality in his own right, died in 2011 at 69.

Mr. Imus got his first radio job in 1968 at KUTY, in Palmdale, Calif., but switched to KJOY in Stockton, where he was fired for saying “hell” on the air. At KXOA in Sacramento, he called a restaurant, posed as a sergeant and ordered 1,200 hamburgers to go, for his troops. The Federal Communications Commission slapped his wrist, but the gag was a hit with listeners. Billboard magazine named him disc jockey of the year for medium-size markets. By 1970, he was with WGAR in Cleveland.

In 1971, Mr. Imus moved to WNBC in New York and launched “Imus in the Morning.” It was an overnight sensation, and he was soon doing stand-up comedy in clubs and cutting albums. One album was “1,200 Hamburgers to Go,” and another featured his satirical character, the Right Rev. Dr. Billy Sol Hargus, a radio evangelist who was a cross between the TV preacher Billy James Hargis and the fertilizer swindler Billie Sol Estes. In 1981, he published a novel, “God’s Other Son,” which offered more Hargus tales. Reprinted in 1994, it was a best seller.

Mr. Imus was fired by WNBC in a format change in 1977 and returned to Cleveland, but by 1979 he was back with WNBC, mixing music, talk and parody. In 1988, WNBC was sold to Emmis Broadcasting, which kept “Imus in the Morning” among the sports programming on WFAN. The show became nationally syndicated in 1993, and in 1996 MSNBC began simulcasting it.

In the ’70s and ’80s, Mr. Imus led a rock-star life and battled alcoholism and cocaine addiction. He worried about getting attacked and carried a licensed pistol. He sometimes missed work, and his health problems became apparent.

There were rants. He ran around at work in his shorts and threw money on sidewalks. He went into rehabilitation in 1987 and returned sober. But in 1992 a lung collapsed. In 2000 he fell from a horse, breaking ribs and a collarbone and collapsing another lung.

His program became more political in the 1990s, with members of Congress, presidential candidates and journalists as guests. Many were abused on the air. In 1996, at the correspondents’ dinner in Washington, he insulted President Bill Clinton and Hillary Clinton, who were there; he later referred to it as “The Speech From Hell.” His behavior led to lawsuits, many of them settled out of court, though he was indemnified by employers.

The Fox Business simulcast ended in 2015, and Mr. Imus relocated his radio program and his home to Brenham, Texas. He was off the air for much of 2017 because of health problems, including emphysema.

On March 29, 2018, “Imus in the Morning” ended its long run in an agreement between the host and his syndicator, Cumulus Media. In his closing remarks, Mr. Imus tearfully expressed regret for his racist statements in 2007, offered appreciations for his colleagues and thanked listeners for tuning in and for their contributions to the charitable causes he had promoted over the years. 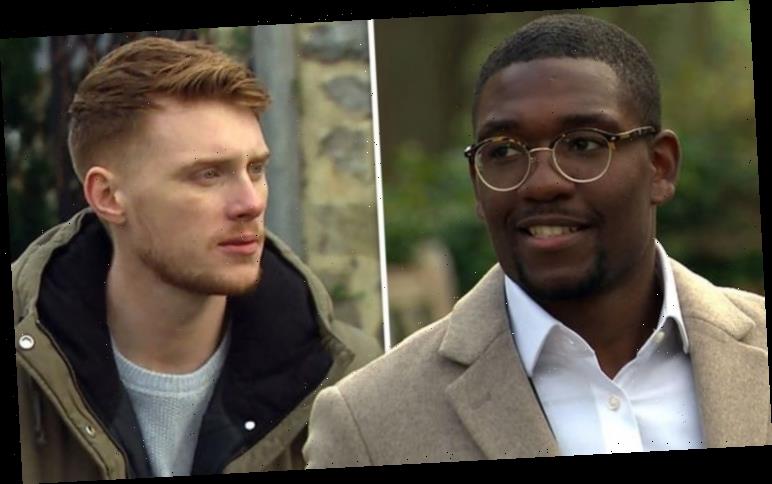 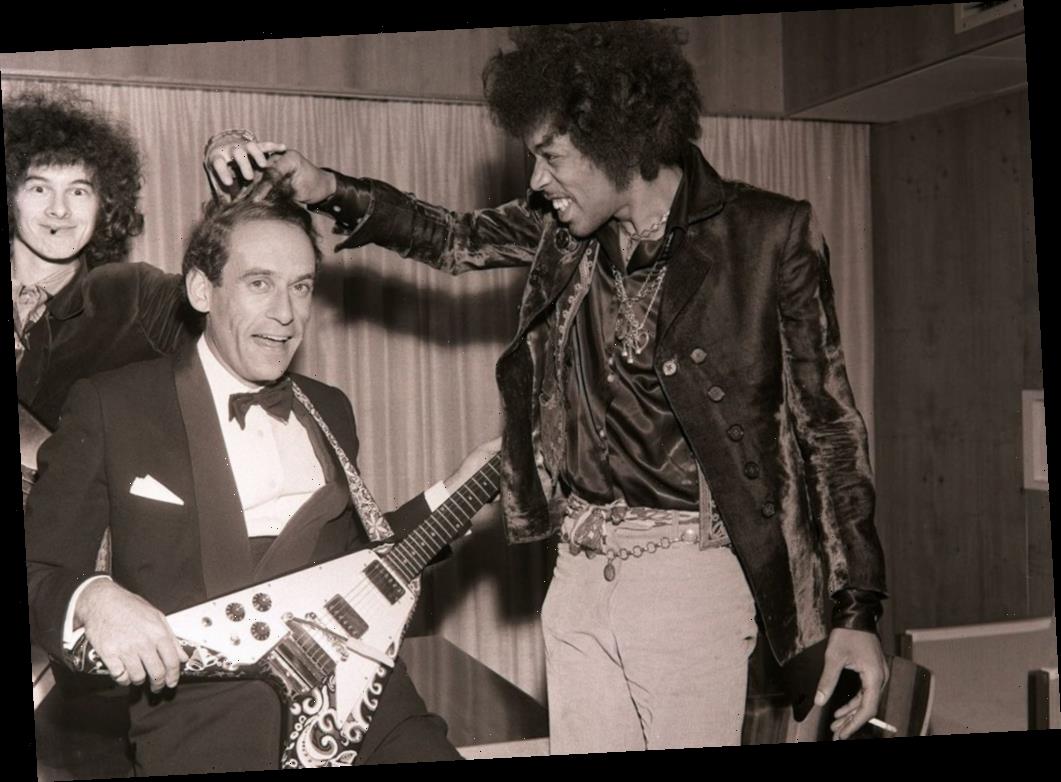 4 hours ago
We and our partners use cookies on this site to improve our service, perform analytics, personalize advertising, measure advertising performance, and remember website preferences.Ok