There’s a lot to be said about the value of having a work wife. From someone to chat to around the photocopier to having a source of career guidance and support, they can be really important people in our lives. Besides, when we spend over one third of our lives at work, having someone to make it a little more bearable makes a lot of sense.

So, forget about the day job (or at least try to), settle down, and send this article to your very own work wife asap. It’s TV and movie marathon time.

The 52 best female friendships in movies

Working at a hospital might very well be one of the most cutthroat jobs to have, but that never gets in the way of Meredith Grey (Ellen Pompeo) and Cristina Yang’s (Sandra Oh) friendship. As work wives, this pair spend their time talking about their mistakes (professional and personal), having deep and meaningful conversations and pushing each other to excel in their careers. They may be colleagues, but their relationship is a lot more than that.

Besides, through the blood, sweat and tears, they’ll always be each other’s person.

From the creator of Gilmore Girls, The Marvelous Mrs Maisel is everything we look for in a TV show and more. As Midge (Rachel Brosnahan), a female comedian in the 1950s, teams up with Susie (Alex Borstein), her manager, the pair work together in a world that’s dominated by men. On paper, it’s as though they shouldn’t be friends – they come from vastly different worlds and would never have been had it not been for their jobs – but their love for comedy and desire to succeed allows their relationship to thrive in the name of defeating the patriarchy.

Amy Poehler and Rashida Jones in Parks and Recreation.

Leslie and Ann (Parks and Recreation)

Public servant Leslie Knope (Amy Poehler) and nurse Ann Perkins (Rashida Jones) are strangers at the beginning of the show but over its duration we watch them blossom into the best of friends. From being there to cheer on each other’s achievements to calling each other out when they need to be confronted (the true sign of a best friend), Leslie and Ann are the perfect combination.

More importantly, without these two, we wouldn’t have compliments such as “Ann, you poetic, noble land mermaid” to share with our friends. So, thank you Leslie and Ann.

So, not only are we jealous of the fact that Andie Anderson (Kate Hudson) is living the high life as the editor of a glossy magazine at a disgustingly young age, but we’re also jealous of the fact that she has the best friends in the world – in fact, she built her whole career off of her friend Michelle’s (Kathryn Hahn) breakup and she doesn’t even bat an eyelid.

Not only do Sookie (Melissa McCarthy) and Lorelai (Lauren Graham) work together but they own a business together. Now, it really doesn’t get more intense than that.

Though Lorelai’s best friend in the series ultimately is her daughter, she does have adult friends and it’s clear that Sookie is her closest friend in addition to being her business partner. As the two make Sookie’s culinary dreams come true by co-owning the Dragonfly Inn, their relationship survives through their venture, whether that comes in the form of Sookie baking Lorelai’s wedding cake or Lorelai helping Sookie get ready for her first date. It’s all about balance.

Grace and Karen (Will & Grace)

Admittedly, Grace (Debra Messing) and Karen (Megan Mullally) may not have the same work ethic – Grace prefers to get her head down whereas her PA Karen would rather look after her appearance – and though they may not constantly shower each other with compliments, they help each other out in different ways. When Grace’s interior design business looks unstable, Karen tells all her socialite friends about it, enabling Grace to remain in her job. It’s hard to deny that without that act of kindness, the pair would both be without a job. Outfit choices and taste in men may divide these two, but they are the perfect example of when opposites attract.

They say that three’s a crowd, but it’s hard to deny that Sutton (Meghann Fahy), Kat (Aisha Dee) and Jane (Katie Stevens) are an exception to the rule. Working at women’s magazine Scarlet, the trio navigate the realities of living in New York, bonding over their careers and love lives, however good or bad they may be. Though the trio part ways working at Scarlet, their friendship spans the test of time and they’re always there to plot and celebrate each other’s career moves no matter where they are.

Work friendships really don’t get much more iconic than this. In the classic satire, Judy (Jane Fonda), Violet (Lily Tomlin) and Doralee (Dolly Parton) work together to get revenge against their misogynistic boss for undervaluing and underpaying them. The trio might not actually get a lot of their own work done but the fact that they introduce flexible working hours, equal pay and increased childcare options in the office seems pretty iconic to us.

You might think that a law firm is as far away from empathy and love as you can get, but the series proves that the friendships formed in the office are second to none. When Rachel (Meghan Markle) confides to Donna (Sarah Rafferty) that she has kissed Mike (Patrick Adams), Rachel doesn’t get annoyed at the pending shift in office dynamics or whether it was the right thing to do or not. Instead, she bestows her wisdom and looks forward to watching their relationship blossom. Goals.

Falling pregnant after a six-day fling with an American advertising executive sounds like our worst nightmare. But for Sharon (Sharon Horgan) and Rob (Rob Delaney), this is the beginning of their love affair. With the early days of the situation being as sticky as it sounds, Sharon has a lot to thank her best friend and fellow primary school teacher Melissa (Sarah Niles) for.

Hear us out. Wrestling might not be what you automatically associate with the world of work, and Ruth (Alison Brie) and Debbie (Betty Gilpin) may have a rocky relationship – you know, Ruth did sleep with Debbie’s husband – but these Gorgeous Ladies of Wrestling are one hell of a team. You see, GLOW’s treatment of Ruth and Debbie’s relationship is more like a romcom. They work to repair the damage made by Ruth and show how good relationships can get when they work. Season three might have ended with Ruth and Debbie going separate ways as they fly home for the holidays, but they do say “if you love something, let it go.”

Just imagine your usual workplace comedy with a bit of spandex and you’ll be there.

This 80s film is renowned for its portrayal of politics and romance in the workplace, but it also shines a light on the bond between colleagues. As Tess McGill (Melanie Griffith) rises through the ranks, Cyn (Joan Cusack), her fellow secretary, stays by her side through thick and thin, no matter what persona Tess takes on to get to the top.

One minute Rosa (Stephanie Beatriz) and Amy (Melissa Fumero) are bonding over a pregnancy scare and the next they’re chasing a criminal on the loose. When Rosa is offered a promotion, Amy admits that she is jealous because of the competition between jobs. But when Rosa tells her that she has her back, the pair have a moment, proving that workplace relationships in fact don’t have to be malicious at all. From that moment on, The Sleuth Sisters stick with each other through thick and thin.

Sandra Oh and Nana Mensag in The Chair.

In the Pembroke University English department, Dr Ji-Yoon Kim (Sandra Oh) and Professor Yaz McKay (Nana Mensag) are the only professors of colour. Together, they move through the obstacles that their identity poses to them, enduring microaggressions and instances of generational conflict – fighting as a duo to agitate for change.

With Elliot (Sarah Chalke) being timid and with Carla (Judy Reyes) being outspoken and direct, it’s no wonder that the pair didn’t get off to the best of starts. But over time, these differences turned into the glue of their friendship – besides, we all need someone to raise us up or bring us down to earth at times. And, if you’re Elliot, it’s always worth having Carla around for the (multiple) times that she puts her foot in her mouth. Given that Elliot was the maid of honour at Carla’s wedding, it’s clear that having fun with colleagues doesn’t have to stop at the awkward Christmas party. 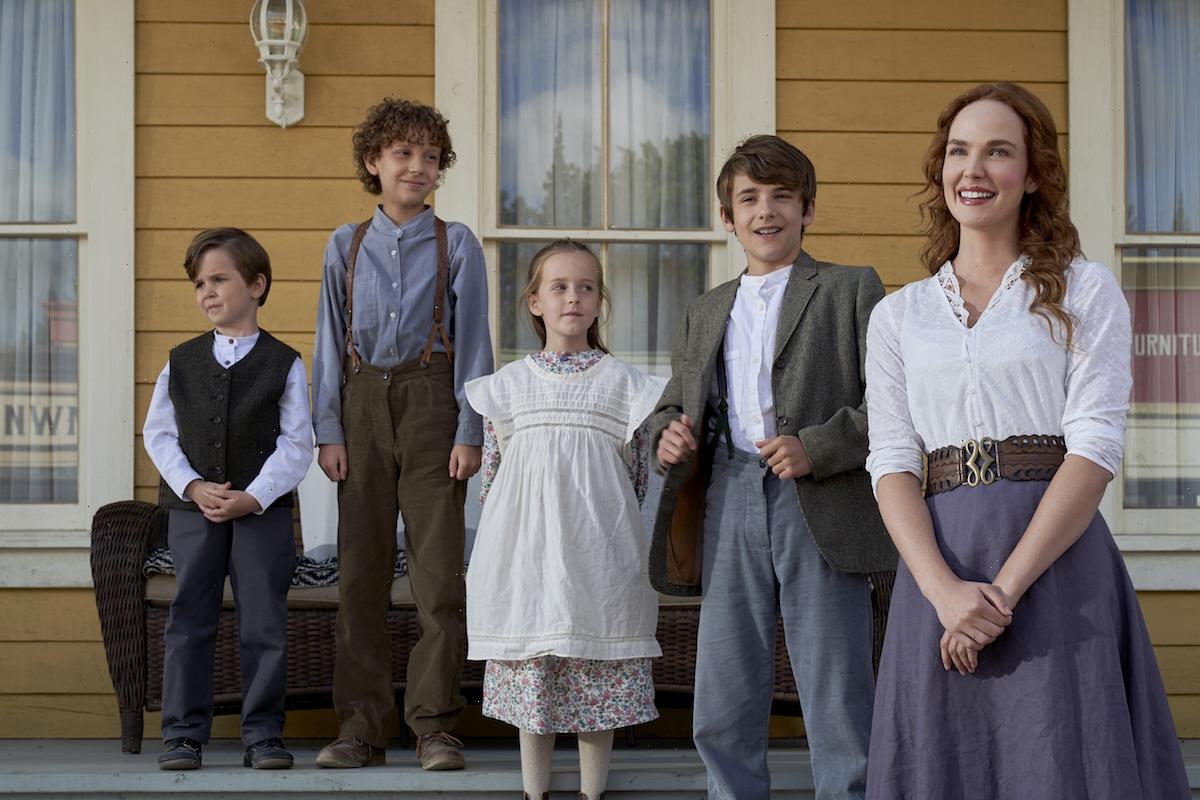 'When Hope Calls' Season 2: Release Date, How to Watch, and Everything Else We Know So Far 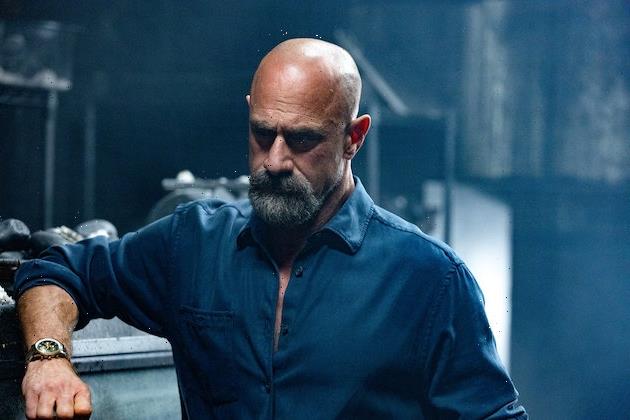 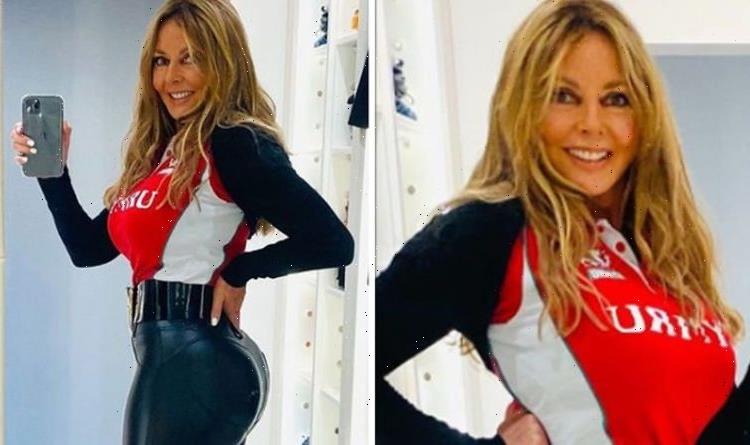 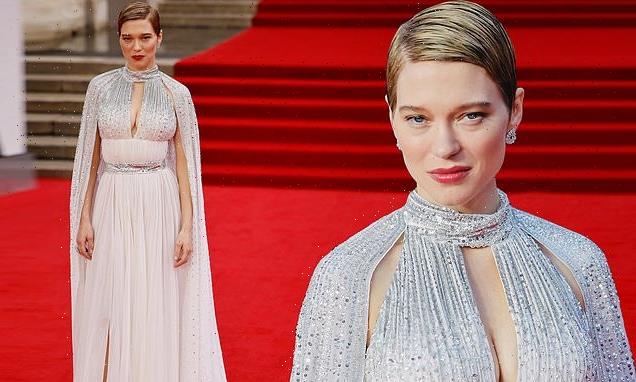 No Time To Die: Lea Seydoux showcases her ample assets in a pink dress
Music

'When Hope Calls' Season 2: Release Date, How to Watch, and Everything Else We Know So Far