Sky’s Look Away delves into decades of coercion and sexual abuse within the music industry.

“There is a very, very dark aspect of the music industry that is still going on, and is just so prevalent everywhere,” songwriter Kari Krome tells the camera in the opening shot of Sky’s powerful new documentary, Look Away, which first aired on 13 September.

Krome herself became immersed in the glitzy Hollywood music scene aged just 12. “When you’re stuck in a really depressing place that is offering you nothing, Hollywood is a place you can actually go to,” she remembers in a sit-down interview for the film. Indeed, for Krome, downtown LA’s infamous Sunset Strip became her way into “this more glamourous world” where young girls idolised famed groupies like Sable Starr and “wanted to do the same”.

“A young girl does not know the power she has, and when you don’t know your power, you can be manipulated and controlled,” she notes.

As the documentary’s synopsis explains: “Look Away confronts the darker side of rock and a subject the music industry has glossed over for years: statutory rape and abuse against women.

For the first time, women – coerced, groomed or mistreated; many in their teens –offer an unfiltered account of their experiences as they share some of the abuses and harassment that were tolerated in the music industry in the 70s and 80s. These women share their encounters with powerful music names like front men Steven Tyler and Axl Rose, and Kim Fowley, manager of fledgling teen group The Runaways.”

“Look Away addresses how the music industry fostered a culture where relationships with underage girls were normalised and aggressive sexual behaviour was ignored.”

Through extensive interviews with Krome, the Runaways’ bass guitarist Jackie Fuchs, and Julia Holcomb, who was adopted and later impregnated by Aerosmith frontman  StevenTyler, the film serves as a reminder that in the age of #MeToo, there are still plenty more people that have not yet been held to account.

“The #MeToo movement didn’t put a dent in it,” Fuchs admits at one point, as she recounts her own experience of being drugged and raped by the band’s manager, Fowley. “The music industry can’t clean itself up because there’d be nobody left. It is that pervasive.”

Aerosmith singer Steven Tyler had a long-term, intimate relationship with Julia Holcomb, beginning when she was 16-years-old

Indeed, the documentary’s director and producer, Sophie Cunningham, told Sky News that there were still more allegations made by other women that she couldn’t feature, against “lots and lots of [stars] who are very, very popular”.

Perhaps the most in-depth portrayal of coercive control in the documentary is the interview with Julia Holcomb, whose relationship with Aerosmith frontman Steven Tyler when she was a teenager has been widely publicised. Tyler had an intimate sexual relationship with an underage Holcomb, then later became her legal guardian to be able to “take her across state lines” on tour with him. When Holcomb was 18, she fell pregnant with his child, which he forced her to terminate.

“At first I felt so lucky,” she remembers in one clip. “But when you’re an underage girl in the position I was in, people look past you because they know you’re not supposed to be there.”

The interviews with the three women are supplemented with testimony from others on the scene in the 70s and 80s, including Aerosmith’s tour manager Bob Kelleher and Guns N’ Roses’ manager Vicky Hamilton, who let singer Axl Rose hide from the police in her house after a young woman pressed charges of sexual assault and battery against him.

As is so often the case, and as The Guardian notes, the moneymaking male rock stars were protected from consequences and thus enabled by the companies they enriched.

Guns N’ Roses singer Axl Rose had charges set against him for sexual battery and assault, which were later dropped

“Everybody looks away while it’s happening” is the sentiment shared by all of the women interviewed for the documentary, that so many of these abuses weren’t just hidden in plain sight but actively encouraged and idolised within the industry.

After experiencing sexual assault by a bartender at a club she frequented while underage, Krome explains: “He acted like it was no big deal, so I assumed it was no big deal. A lot of these guys don’t think they did anything wrong. Rock and roll celebrates that behaviour.”

One thing that Cunningham was keen to impress with this film, however, is that the events are not to be disparaged by the harmful rhetoric that it was a “different time” with different attitudes and not enough awareness.

As she told Sky News: “It’s very, very easy to think ‘It was different then, it was hedonistic, the world was a different place’. But I think it’s clear from the women who’ve spoken out that their experiences as [teenage] girls impacted them in the same way that they would if it happened to [teenagers] now. It’s not a different era, it’s just that we look at it differently.”

It is Fuchs’ powerful closing statement that ends the hour-long documentary: “Everything that’s been said about this subject has been said – what we need to start doing now is listening.”

Let’s hope that now the industry finally does.

Look Away premiered on Sky Documentaries and NOW on Monday 13 September at 9pm, and is available to stream now. 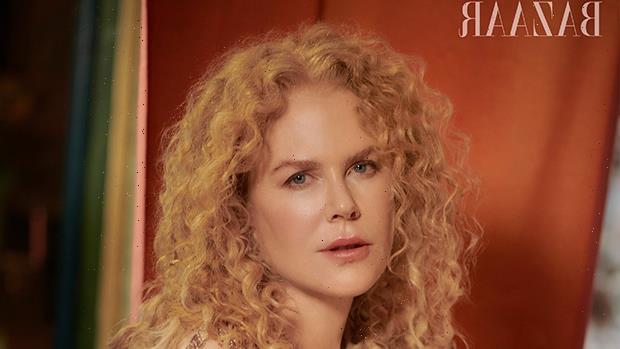 Balenciaga Partners With Fortnite On In-Game and IRL Outfits