These eight books come recommended from The Sydney Morning Herald and The Age’s book critics, with two in particular standing out: The Barbizon, a non-fiction read about the New York hotel “that set women free” and Fidelity, Marco Missiroli’s lauded novel that’s being turned into a Netflix series. Enjoy. 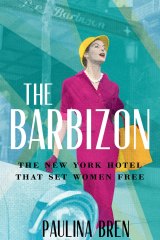 The Barbizon residential hotel for women opened in 1928 and became a mecca for young women across the US – often in pursuit of artistic careers. Women could feel safe in the heart of New York. Men weren’t allowed past the lobby, but Grace Kelly – a pre-fame resident – found ways around that.The list of women who lived there over most of the century is imposing. For Sylvia Plath, who set her novel The Bell Jar there, it was a disturbing experience. To the young Joan Didion it was her introduction to the Big Apple and the writing life. The stories of Candice Bergen, Joan Crawford, Liza Minnelli and many more (as well as the importance of Mademoiselle magazine’s guest editorships) weave in and out of the story of the hotel and the country. A pleasurable, fascinating read that is superbly researched and told.

A doctor was standing over Sharon Stone saying her brain was bleeding. It was 2001 and she was having a devastating stroke. That crisis, which she came through against the odds, is the reference point for this forthright and thoroughly engaging memoir.

She goes back to her childhood in small town Pennsylvania, a troubled family (beatings from her father and abuse from her grandfather) to the outwardly glittering, inwardly shabby world of Hollywood and films such as Basic Instinct, in which she was tricked into doing that shot.

Her life was built around constantly becoming Sharon Stone, but what the stroke, the slow recovery, Buddhism and the love of family (she has three adoptive sons) taught her was the value of simply being. Being herself. There is loss here, career and financially, but it’s also a portrait of courage and creating a second life. 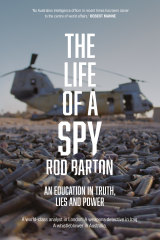 Right from his teenage years in the boy scouts Rod Barton’s dream was to become a secret agent. He got his dream, as his memoir – delivered in often dead-pan, droll style – amply demonstrates, but there must have been times when the old adage about being careful what you wish for would have occurred to him.

His specialty was the Middle East and his knowledge of weaponry stood him in good stead as he rose through the ranks of Australian intelligence. But it also led to confrontations with the government and the CIA over what he calls the “fiasco” of the second Iraq war and the intelligence failure regarding weapons of mass destruction.

Much of his career was routine, but there was danger – a lot of it from alcohol when hosting Christmas functions in London and, at other times, in bombed bunkers in Iraq. 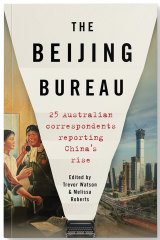 When Paul Raffaele arrived in Beijing in 1973 as Australia’s first journalist in Mao’s China he felt like he was stepping into a John le Carre novel. And much of his contribution to this terrific collection of articles by Australian journalists who have at various times worked there, reads like one.

His arrival is bookended by the departure of Mike Smith, the last Australian journalist to leave China as relations between the two countries sunk to new depths. Both are vivid, evocative and clearly come from intense, lived experience.

As does Ali Moore’s remembrance of being there at a pivotal moment when, as she puts it, the CCP made a deal with the people – wealth for obedience. Likewise, Helene Chung’s memories of China in the mid-1980s has real immediacy. Reminiscences by boots-on-the-ground journalists. 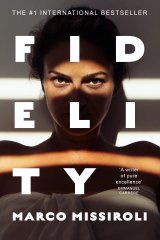 Margherita and Carlo are happily married, but even before we observe that happiness, we are shown that Carlo is attracted to one of his students, as is Margherita to her physiotherapist. Both characters care passionately about their marriage and about each other, but Marco Missiroli, with intelligence and empathy, considers how and why such people might find themselves wandering beyond the boundaries of promises they have made.

First published in Italian as Fedeltà in 2019 and already in production with Netflix, this subtle novel has been lauded as a revealing study in marital infidelity, but it also moves beyond the theme of fidelity in traditional marriage to explore different kinds of sexual fidelity. And it touches on more abstract notions of loyalty and betrayal, including the idea of faithfulness to a family, an idea, a place, or a sense of one’s true self. 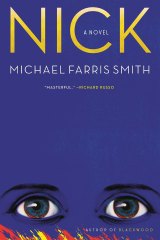 This novel invents a back-story for Nick Carraway, the narrator of Fitzgerald’s classic The Great Gatsby, and puts him through experiences that would surely produce a deeper, darker Nick than the wry bystander of the original.

He sees the trenches of the First World War in horrible detail, has a romantic Paris interlude that turns bad, and then spends some nightmarish postwar time in New Orleans before moving to New York.

In the increasingly popular practice of writing a novel that piggybacks on other novels, some writers unwittingly reveal their limitations while others can produce a story that works in its own right or that contributes something new and valuable to our sense of the original. Michael Farris Smith falls over the line with this effort, but more in spite of his Fitzgeraldean inspiration than because of it. 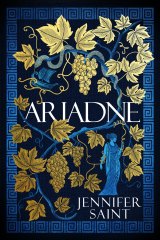 What most people remember about the Minotaur is that it was a monstrous half-man and half-bull, lived in a labyrinth on Crete, and was eventually killed by the Greek hero Theseus with help from the young princess Ariadne.

Jennifer Saint has told this story in much greater detail albeit in simple language, from the point of view of Ariadne. In doing so, she is faithful to the details of the original myths but shifts the emphasis of the story to the female characters, of whom there are more than most people might remember, while creating a Theseus who is by no means the hero he is usually cracked up to be.

Ariadne’s mother Pasiphae has a horrible time of it in all versions of this myth, for she is also the mother of the Minotaur, while her little sister Phaedra also draws more than one short straw. It is essentially a re-telling of the story, but it goes deeper, too. 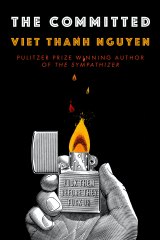 His first novel The Sympathizer won a Pulitzer Prize in 2016 for Viet Thanh Nguyen and The Committed is a sequel, featuring the same unnamed narrator who spent most of the earlier novel as a spy for North Vietnam, first in South Vietnam and then in the US.

Returning to Vietnam, he and his friend Bon are captured, tortured, and “re-educated” before escaping. At the beginning of The Committed, the narrator and Bon have arrived in France as refugees and find themselves in a criminal world of drugs and violence.

But this novel’s spy-thriller appearance is really just the packaging for ideas about colonisation, capitalism, and nationalism, digging deep into the complexities of these things and their often murderously terrible practices. This is that rare thing, an action-packed novel of ideas. It’s intellectually subtle and demanding, a brilliant if sometimes difficult read.

Mindy Kaling ‘Learned a Lot’ From Hiding Her Pregnancy Amid Pandemic

The Real Meaning Behind ‘Go Crazy’ By Chris Brown

The Shady Side Of Carrie Underwood
You may missed

Mindy Kaling ‘Learned a Lot’ From Hiding Her Pregnancy Amid Pandemic

The Real Meaning Behind ‘Go Crazy’ By Chris Brown