A total of 71 per cent somewhat or strongly support action to meet Paris agreements and 69 per cent back a net zero target according to a survey of 1000 people conducted by research firm Ipsos. Nine and 10 per cent oppose the two measures respectively. 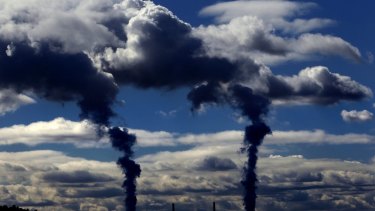 Many Australians believe governments should be doing more to act on climate change.Credit:Jonathan Carroll

But the research last month showed the COVID-19 pandemic has altered the relative importance of the environment in the minds of many.

Asked to name the top three issues facing the nation at the beginning of 2020 in the wake of the unprecedented bushfires, the environment was the main issue for the first time, with more than 40 per cent of respondents rating it in their top three.

However, in October the economy (56 per cent) and unemployment (44 per cent) are the top two issues facing the nation by a comfortable margin. Concern about healthcare and cost of living was also ranked higher, leaving the environment fifth.

But unlike in the period following the global financial crisis, support for general action on climate change has continued to trend upwards through the pandemic, said Ipsos director, Stuart Clark.

“This highlights the degree to which Australians are taking onboard the idea of a green recovery led by government. It’s very different from the situation in 2010 and 2011. At that time, support for climate action dropped away as people prioritised the economic recovery,” he said.

Further data collected in January 2020 shows over half of Australians agree the nation will be better-off in the long run if it meets the Paris Agreement targets, indicating many see long-term benefits to involvement in international efforts to reduce emissions.

In January, 60 per cent of respondents agreed Australia should be a global leader in emissions reduction with the aim of encouraging other countries to take similar actions.

Ipsos found the institutions that Australians believed had the most power to act on climate change were governments and large multi-national companies, and most believed governments, including Australia’s, had performed poorly on the issue.

How Weta’s VFX Team Plotted the Scenes for ‘Mulan’