Depending on who you ask bitcoin, the digital currency at the heart of the crypto craze is either a currency or a commodity, a speculative bubble or a safe tool for storing and building wealth.

One thing everyone agrees on is that it has become a staggering consumer of energy and producer of climate wrecking carbon dioxide. Debate between its champions and detractors grows with its price and value, intensified by accelerating global efforts to tackle climate change. 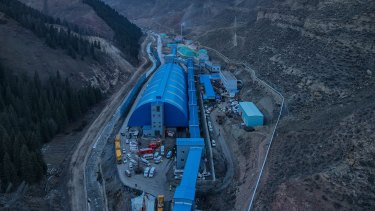 A coal mine in Hutubi County in China’s Xinjiang Uyghur Autonomous Region. Electricity from this area is a major provider of energy for bitcoin mining. Credit:Getty

Bitcoin supporters must now grapple with the reality that built into the cryptocurrency’s design is a seemingly endless demand for energy in the form of computing power.

The price of the crypto asset hit a record high of $81,000 in April before pulling back to the still-frothy $72,000 this month. The total value of bitcoin in circulation has leapt from a handful of cents to around $US1.5 trillion ($1.9 trillion).

“One of the biggest risks to the climate today is that people keep demanding more bitcoin,” says Macquarie University associate professor Sean Foley.

To understand why bitcoin requires so much energy, you have to understand how it is verified – in ever-growing banks of computer “mines”.

To mine a single bitcoin computers compete to solve an algorithmic riddle. Every 10 minutes a coin is issued to the “winning” computer and the game resets. The computers engaged in the mining are said to be conducting “proof of work” and each of them engaged in the process maintain a record of every bitcoin transaction ever made – cementing the currency’s security and its independence from central banks.

To ensure its scarcity – and value – there are a limited number of them in circulationg, about 18 million today and only 21 million will ever be created.

As each computer is in effect competing with the entire pool of computers engaged in proof of work, there is an incentive for miners to keep growing their banks of computers, especially when the value surges.

By design bitcoin’s computations increase in difficulty as more computers come online. In this way, Foley says bitcoin mining is “like sticking a straw into the earth and sucking real hard”.

As the money has flowed, the enterprises engaged in mining are growing larger and moving into energy-rich but regulation-light environments like China, Russia and Iran in a race to confirm more calculations and “mine” more bitcoin.

In April 2020, about 65 per cent of all bitcoin mining in the world happened in China, according to figures from the Cambridge Centre for Alternative Finance, with a third of it in Xinjiang.

Daniel Roberts, a Sydney businessman and executive director and co-founder of Iris Energy, sees inherent value in the new asset.

Iris Energy is currently seeking to raise over $600 million to expand its bitcoin mining operations internationally.

Roberts is not only convinced of the utility of bitcoin as a commodity and secure store of wealth, he believes its rapid spread is in fact good for efforts to tackle climate change.

Iris’s business model involves establishing its computer firepower in energy markets where there is a surplus of renewable energy.

The network of computers mining bitcoin across the world currently emits about 60mn tons of CO2, the same as the nation of Greece

When general energy demand and prices are low, Iris will ramp up its computing firepower. During peaks as prices rise, he says, Iris has the capacity to turn down its operations. This way Iris benefits from cheap energy while renewable energy operators are able to maintain demand during their less profitable periods, enabling their further expansion.

Nor does Roberts believe that the rapidly growing amount of computer power – and energy consumption – dedicated to bitcoin is wasted.

“The proof of work [cryptographic verification by the computers],is the innovation, it is a feature not a bug of bitcoin,” he says.

He likens this relentless expenditure of energy over the blockchain – the ledger of all coins mined and transactions made – every ten minutes to laying sap over earlier transactions to protect them.

“By definition, the fact that people are valuing Bitcoin for its characteristics, they’re implicitly saying, we value the proof of work and the energy consumption to secure that and to secure my savings vehicle.

“It’s not for me to say whether or not something has value and deserves to have energy directed towards it…The market decides where energy should be diverted.”

Bank of America analysts say the rising complexity of transactions that underpin bitcoin is “the biggest flaw of the entire system” because this demands ever more power to function.

The network of computers mining bitcoin across the world currently emits about 60mn tons of CO2, the same as the nation of Greece, according to Bank of America.

Another $US1 billion poured into bitcoin could drive the CO2 output of bitcoin mining by the equivalent of another 1.2 million petrol-burning cars.

Bitcoin miners in China use hydro-power when it suits them then switch to dirty coal when the seasons change. 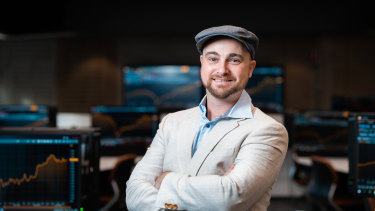 Macquarie University’s Foley says that a country converting energy into another valued object is not new.

Norway, for example, is rich with hydro-power it’s unable to export so it imports bauxite to turn it into aluminium. Likewise, “bitcoin is a good way for China to export its dirty energy,” he says.

But any plans to use bitcoin to fund renewables are, in Foley’s words, “quite optimistic, if not opportunistic”.

“If you’re going to get a return on capital in bitcoin mining you have to run that machine 24/7,” he said.

There’s little sign of the momentum for bitcoin slowing down. Demand continues to spiral, driven by a viral interest, and an almost messianic belief that the technology represents a better future.

Recently, bitcoin’s price has benefited from traditional banks giving cryptocurrencies a second look and increasing ease of buying and selling the currency.

It has also been helped by a cadre of Silicon Valley executives and investors – actively cheering on the cryptocurrency on social media.

Elon Musk announced his electric car company Tesla had invested in bitcoin, and would accept it as currency in February – sending its valuation to a new high.

Among the most important bitcoin supporters is Cathie Wood, CEO of Ark Investment, a US asset management company that focuses on new, game-changing technologies.

In a nod to her Christian faith, Wood named the company she founded – at age 57 – after the Ark of the Covenant. (The chest handed from God to Moses that contained the two tablets of the Ten Commandments). 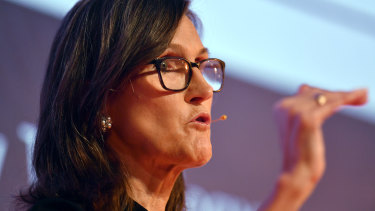 Wood has a track record of making successful bets on disruptive companies such as Tesla, Zoom, Spotify, Coinbase and Square, so her views on bitcoin have been widely followed.

The paper purported to explain “how the bitcoin network functions as a unique energy buyer that could enable society to deploy substantially more solar and wind generation capacity”.

Because renewable energy is becoming cheaper, solar and wind face “bottlenecks primarily because of their intermittent power supply and grid congestion”.

“Bitcoin miners as a flexible load option could potentially help solve much of these intermittency and congestion problems, allowing grids to deploy substantially more renewable energy.”

New York-area based tech researcher Daniel Sinclair says he doesn’t see a switch to renewables and bitcoin as mutually exclusive. “Whether or not Ark’s thesis comes true and crypto assets ubiquitously fill a role as some energy storage mechanism, we’re already seeing some of those dynamics at play with miners migrating to regions where energy would otherwise not be used.”

An extra turbine spinning at a Chinese dam does not have the same environmental impact as, say, residential mining in the US powered by a far away coal plant with a lot of transmission energy loss, Sinclair says.

Cryptocurrency enthusiasts say bitcoin represents only the first generation of a technology that can eventually – and more efficiently – create dramatic new possibilities in investment, savings, finance and the economy.

Governments are taking the possibility of cryptocurrency seriously (led by China’s government which, ironically, opposes bitcoin.)

Yet the connection between bitcoin and green energy has been met with scepticism from economists and the climate change community.

The Dutch economist and academic Alex de Vries, founder of the blog digiconomist, challenges the notion that bitcoin miners can in the long run profit and support renewable energy expansion.

He argues that as more computer power is applied to mining, miners need to compete with one another to maintain profitability and that this is a powerful disincentive to take computers offline when energy prices are high.

The very notion of millions of computers around the world spouting random numbers at one another to create a speculative commodity is not only absurd but tragic, he told the Herald and the Age.

De Vries likened the exercise to the practice of European airlines flying empty aircraft from airport to airport early in the pandemic so that they did not lose their coveted airport landing slots. “It served a purpose, but it was still a waste of resources.”

Casey Handmer, a US-based Australian engineer who has worked on complex technology and energy issues, says in certain markets, “bitcoin demand can hasten the demise of coal power…but it remains primarily a mechanism for converting cheap electricity and available silicon fabrication capacity into cash”.

“I very much hope that we soon find more useful mechanisms for generating value from the accelerating transition of electricity production away from polluting fossil fuels.”

For many engaged in the virtual currency, bitcoin is only the first attempt at a cryptocurrency. Other coins, such as Ethereum, are already in circulation with substantial user bases.

As Foley says regarding energy and cryptocurrency: “I think the solution to the environmental cost needs to be technological in nature. ”

Start the day with major stories, exclusive coverage and expert opinion from our leading business journalists delivered to your inbox. Sign up here.