Poorly designed regulations to rein in Australia’s biggest polluters could blow the nation’s greenhouse emissions budget, experts warn, as options for the government’s safeguard mechanism are debated ahead of its introduction next financial year.

The Department of Climate Change, Energy, the Environment and Water has been consulting on the settings of the mechanism, which will require 215 plants and factories that each generate more than 100,000 tonnes of greenhouse gases a year to cut their emissions. Submissions close on Tuesday. 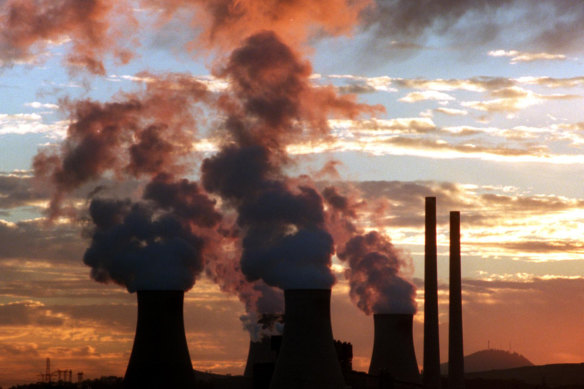 Under the scheme, pollution caps will be introduced from July and tightened over time to deliver about a third of the government’s legislated target of a 43 per cent reduction in emissions from 2005 to 2030.

With the scheme’s first annual report due in mid-2024 and the next federal election by May 2025, failure to achieve the required cuts will open the government to criticism and revive memories of the Rudd government’s abandoned carbon pollution reduction scheme.

One option the department is considering for the mechanism is assigning targets for individual companies. The other is to set a baseline at the average pollution level for each industry.

Under the “industry average” method, companies that have historically generated less pollution than their competitors would be issued credits for each tonne they fell below the average.

Those that exceeded the threshold would be able to buy these credits rather than adopting cleaner technology, even if the credits were generated by a facility that had not reduced its pollution but merely carried on with business as usual.

“The environmental integrity of the scheme – and Australia’s 2030 target – could collapse, which would require greater abatement efforts from other sectors,” Grossman said in an interview.

But Grattan Institute climate and energy director Tony Wood said the scheme would create winners and losers no matter how it was designed, setting off a race against the clock for the government to deliver the emissions cuts needed for its climate target.

“Government has imposed a big constraint on itself with its climate target. Australia has never had that before and the consequence is some very difficult problems for the minister,” Wood said.

Grattan’s submission said industry averaging would create a useful market for the credits earned by those below the emissions baseline.

“Industry averages are a more transparent and equitable way to set baselines … [they] will also improve over time as facilities respond to the signal to reduce emissions and as new, more efficient, facilities are built.”

However, Grossman said any credit issued to a company “must represent an emissions unit that can be used to meet Australia’s climate change targets”.

“If a credit does not represent one tonne of emissions or one tonne reduced, stakeholders would have little confidence that abatement reported by industry is real,” he said.

Grossman said under the industry average proposal, five of these facilities would be deemed below average and issued credits that could be “banked or sold to realise a windfall gain”.

“These facilities would not be accountable for their emissions,” he said. “While this aims to reward ‘cleaner’ processes, in practice half of all fossil fuel producers could simply receive a financial benefit, instead of any emissions constraint.”

Climate campaigners are pushing to rule out any carve-outs from the mechanism, which was established by the Coalition in 2016 but lay dormant until the Albanese government went to the May election pledging lower pollution limits.

Kourtney Kardashian says she shares bed with daughter Penelope, 10, every night
You may missed