How does regional Victoria attract more visitors? Host an epic concert of course.

Nick Cave and Warren Ellis are headlining two massive shows at Hanging Rock this weekend with a capacity of 18,000 attendees. The economic figures speak for themselves, with an estimated $120-$180 to be spent per person per day in food, beverages and accommodation. Many will brave our unseasonal weather and camp nearby. 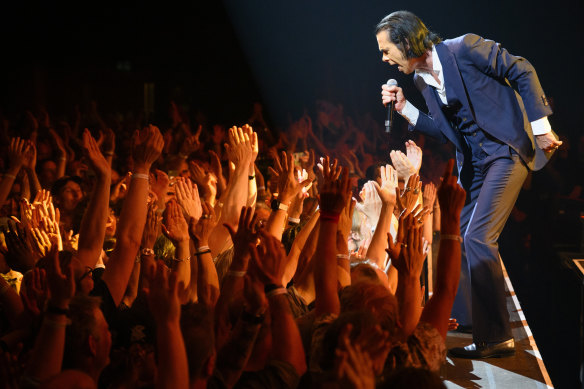 Nick Cave will perform at Hanging Rock this weekend.Credit:Laurent Gillieron/Keystone via AP

The social implications are evident too, especially in a COVID-positive world and post extended lockdowns for Melburnians.

With such large numbers of devotees, however, comes traffic congestion, security, fencing, importing public toilets and alcohol intoxication. The usual and constant issues. Local residents are likely inconvenienced by the mass invasion for a few days, but studies show they generally recognise the greater community benefits of such temporary disruptions.

The current state government is also trying to promote growth and recovery in regional Victoria and be less Melbourne-centric. Hosting big events like music shows in our regions helps prime the state for massive undertakings like the Commonwealth Games, creating lasting infrastructure and facilities, positive social change and a legacy in rural and regional towns. 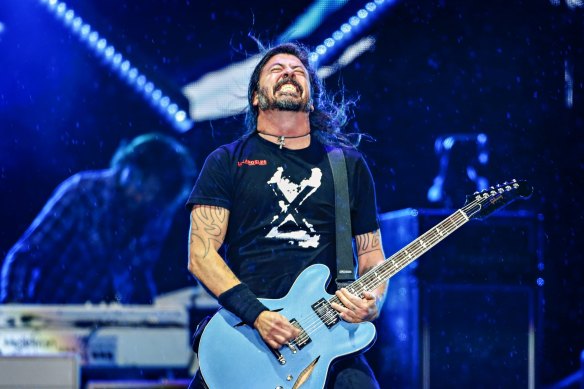 Dave Grohl of the Foo Fighters performs in Geelong during the US rock band’s only Australian show in March.Credit:Paul Rovere

This type of government investment is much more appealing than paying for international acts such as the Foo Fighters (which reportedly cost $6 million to play for 12,000 fans). It was deemed a coup for Geelong, with the premier stating it was “the biggest gig Australia has seen in two years”.

Performing the same night to a 22,000-strong crowd was Australian artist Amy Shark, who tweeted to Daniel Andrews: “Ummmm hi‍️ I’m playing that night too! My name is Amy Shark I’m an Aussie artist playing Rod Laver Arena in Melbourne Cheers Dan.” Nudging that her concert is bigger by audience capacity, but obviously tongue-in-cheek.

Regional investment in tourism is already ramping up. Newcastle-based Cedar Mill Group has bought 100 acres of land in the Yarra Valley. With a completion date of 2024, they have grand plans for a 15,000-person concert venue, 300-bed hotel, conference and function facilities, three restaurants, tennis courts, a lake and garden precinct and arts and craft village. Costing $200 million, there is also the economic run-off from jobs created building the facilities, and the ongoing employment to service everything. 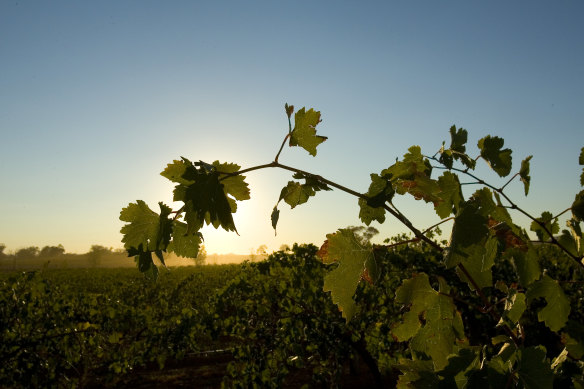 The Yarra Valley is an important tourist drawcard for Victoria.Credit:Nic Walker

Such a project will be welcomed by businesses in the community as tourism will increase. And so will traffic on the Yarra Valley’s single lane roads built for a quieter time.

The return of the cruise ship industry is also a win for tourism in Victoria even with reported outbreaks of new strains of COVID. Up to 70 per cent of the cruising passengers choose to day-trip in the Mornington Peninsula and Yarra Valley. That’s thousands of wine-tasters being bussed around all at once. Traffic congestion is bad enough now, let alone while Victoria buzzing at full tourist capacity.

This is where the state government must act by making regional roads double-laned or even creating new roads. These could be constructed through current farmland, with compensation to be paid to farmers.

We can all agree that authentic social experiences are what people crave after recent years. There’s great opportunity for a more diverse tourism in our state, but only with the infrastructure to support it.

Regional Victoria is becoming better equipped to offer these types of experiences, which attract all generational demographics. The challenge is for the state to build better roads, signage, public toilets, public transport, road-side picnic tables, maintain national parks and designate pet-friendly areas. Along with grants to assist the communities hosting concerts and festivals.

A more recent addition to necessities, but equally important, is improving internet access in remote locations. It’s the first step in getting people connected and a common complaint from regional businesses, winery owners and event planners.

Get these things right and the private sector will respond by creating hedonic experiences which are interactive and fun. However, services which are commonplace in Melbourne also need to be available in the regions.

The clock is now ticking for the Commonwealth Games, with major competitions, athletes, tourists, fans, global attention and more coming to every corner of regional Victoria in 2026.

The Opinion newsletter is a weekly wrap of views that will challenge, champion and inform your own. Sign up here.

ALEXANDRA SHULMAN: Fleetwood Mac provided the soundtrack to my life