Next week the Australian Recording Industry Association will release its list of ARIA Award nominees for 2022, honouring the most impactful Australian music of the year. But one album that won’t be up for any of the big awards is A Colour Undone, the critically acclaimed debut LP from rapper Tasman Keith, who performed at last weekend’s AFL grand final.

The album’s omission has kick-started a debate about our biggest annual music awards, who decides who wins, the importance of artistic success over commercial performance and whether the industry body is appropriately reflecting the kind of music Australians are listening to. 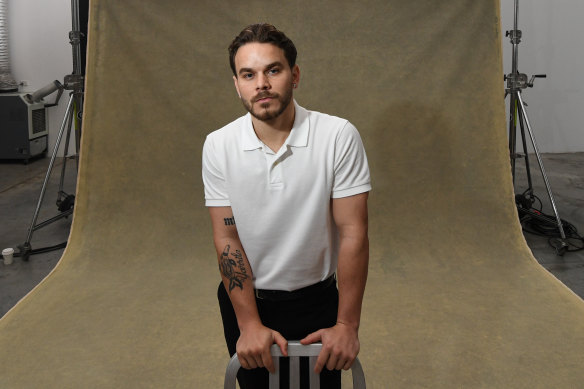 Rapper Tasman Keith’s album A Colour Undone was not included in a list of potential ARIA nominees this year. Credit:Peter Rae

Keith, an independent artist and Gumbaynggirr man who spent much of his childhood in the small town of Bowraville, had his sights set on the best hip-hop release award, a nod he was well within his rights to expect. A Colour Undone was widely considered one of the year’s most important local hip-hop releases. While the record performed well on streaming platforms – lead single Love Too Soon has collected just shy of 200,000 plays on Spotify; Jessica Mauboy collaboration Heaven With U has clocked nearly 150,000 – Keith did not print physical copies of his album because a run of vinyl records alone would have cost “over $5000”, a prohibitive price tag.

But it turns out that decision, hardly controversial in an era where most audiences consume music on platforms like Spotify and YouTube, could have cost him his nomination.

The actual process of determining who receives an ARIA Award nomination is complicated. After internal consultation, ARIA puts forward a longlist of eligible acts to a panel made up of music industry figures, who then vote to determine the five artists who should make up that year’s nominees.

But for an act to even be eligible in the first place, it needs to meet a threshold of chart performance. In other words, it needs to have performed well commercially. In the hip-hop category, for instance, one way to meet the eligibility criteria is a top 10 placement on the Australian hip-hop and R&B album charts. There, Keith’s record peaked at #18, making it ineligible.

How to get nominated for an ARIA Award

What this all boils down to is the fact that the ARIA Awards are far from a reflection of artistic or creative merit, but a prize that honours already commercially successful music.

But the way that commercial success is actually calculated is also a point of contention. The days of tallying up physical album sales are long gone. Now the charts are determined by an opaque algorithm that factors in streaming numbers as well as CD and vinyl sales. However, many artists, including Keith, believe that charts still favour physical sales and downloads over streams – a metric that has the effect of making it harder for independent artists like himself to ascend the ranks.

“Not only do I deserve a nom, but once I found out why I couldn’t get a nom I was like, OK, that’s messed up,” Keith told The Age and The Sydney Morning Herald. “What I’ve come to learn about how this system works in the last month … I think it’s just not reflective of where the world is at now and how music is being consumed in 2022.”

Keith did not print a physical product because as an independent artist, he had to prioritise “paying for music videos [and] paying to tour”. But he also believes CDs and vinyl records are not where most hip-hop listeners consume their music, particularly younger fans with less disposable income.

After ARIA invited the industry to vote on this year’s nominees, confirming Keith’s album was ineligible, he shared an Instagram post that called for ARIA to “evolve” to meet the realities of modern-day music consumption. He was swiftly backed up by Tim Levinson, a longtime hip-hop artist who raps under the moniker Urthboy and the head of independent label Elefant Traks, who came to his support in a video on TikTok.

“If an album that has great significance to us as a culture is barred from that award because of administrative restrictions, it’s a bad reflection on all of us,” Levinson said.

Levinson stated that the odds are stacked against local artists when it comes to gaining a chart presence – especially if they don’t have the financial backing of a major label – and that an album must be streamed in full 175 times to equal one CD sale. 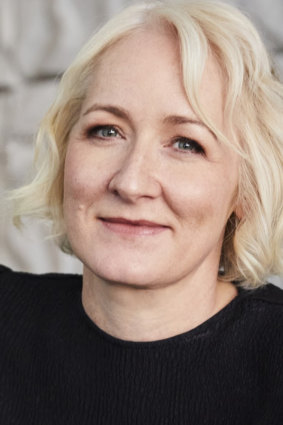 That last claim is a point ARIA disputes. Annabelle Herd, CEO of ARIA, says “it’s not true” that the charts favour physical product over streams.

But there’s no doubt there are issues with the Australian hip-hop charts reflecting what is actually happening in the local scene. They’re often dominated by big international acts, who regularly crowd out locals – often with albums that have been out for years already but still perform well in physical sales. This week, for instance, the No. 2 album on the hip-hop charts was a greatest hits record from Eminem released in 2005.

And it’s not just the hip-hop category that has ruffled feathers in the music industry. There have long been complaints about how the club track charts operate, with many electronic artists feeling that the ARIAs do not adequately reflect the best of their genre. And when it comes to the awards, this year’s breakthrough artist category also sparked controversy.

Nic Kelly, a music commentator and radio host, was taken aback when he saw the list of artists eligible.

“‘Is that it?’ was my first reaction,” Kelly says. “There’s like 10 artists on it, most of whom I reckon haven’t made any impact on the music community, and any actual impact on music, or culture, or any impact on a real fan base. There’s a few The Voice finalists; reality TV finalists.”

Kelly says reality TV finalists have “strong physical sales,” which helps them chart and become eligible for the breakthrough award. The problem as he sees it isn’t that they are nominated, but who missed out.

“When you’re omitting so many people who I think have really made an impact in the last 12 months, but the chart stats don’t back it up because of their structure, I just think it does a disservice to what we’re putting forward as our best new talent,” Kelly says.

Kelly agrees with Keith that independent artists are at a disadvantage in the current ARIA system, and believes the charts have not caught up to the realities of the streaming era. But he appreciates that there aren’t necessarily any simple solutions for how to weigh streams against downloads and physical sales, and says he has seen a lot of positive change in the industry body over the past few years.

“To ARIA’s credit, and particularly to Annabelle’s credit, they are very consultative now. It’s definitely not perfect, but I think artists and a lot of the industry feel much more connected to the industry body than they ever had before.”

From the ARIA’s perspective, Herd says she wants the awards “to be seen as legitimate and transparent by the industry”, and that ARIA is in frequent and ongoing consultation with the industry to determine how they can best reflect contemporary consumption habits. But ultimately, she feels, there needs to be some parameters around who is eligible for an award.

“It is reflecting the top echelon of artists in each category,” she says. “And how do you define what that is? It’s difficult, but there has to be some kind of definition… it’s this balance of trying to be as inclusive as possible, but still keeping some measure of success that we’re recognising through these really prestigious awards.”

Additionally, Herd says Keith and his team were aware ahead of time that A Colour Undone would not be eligible for a best hip-hop release nomination and chose not to dispute that determination – had they, “we would have taken that feedback and considered going through our internal process. And perhaps it would have been changed”.

Keith says he has made peace with A Colour Undone not being nominated in this year’s ARIAs. But he wants to open the conversation that helps to change the charts for the future and ensure that First Nations artists like himself are represented in years to come.

“It shocked me a little bit [when I found out I wasn’t eligible for nomination]. But within five seconds, I was like, OK, cool. How can we change that for people in the future?

“I get that the ARIAs have their charts for a reason. And my problem is never with the awards reflecting that … I just think the charts need to reflect how people are consuming music.”