AT just four-years-old, little Lacey-Mae Spong was complaining of headaches.

Not only that, but the youngster has also started bumping into things around the house.

Her worried parents claim that doctors dismissed her symptoms, saying there was 'nothing wrong' with their daughter.

But the little girl had also been vomiting regularly and her dad Rob Spong, 45 and mum Donna McClelland, 41 knew something wasn't right.

When their little girl started screaming with pain, they rushed her to A&E where tests revealed that she had a brain tumour.

Lacey-May was diagnosed with pilocytic astrocytoma – and she was given urgent surgery to relieve the pressure caused by a fluid build up in her skull.

Although Rob and Donna were told she might never regain her sight or walk freely by herself, Lacey-Mae joined reception class that year in 2017 having regained sight in one eye and improved mobility with the help of physiotherapy from the hospital.

Rob, a full-time carer, from Barry, Wales, warned other parents to stay vigilant and look out for symptoms.

He said: "As a parent you know if there is something wrong with your child. I'm ready to be called an overprotective dad.

"Just keep an eye out and don't be fobbed off, because the optician and GP said she was fine until we took her to A&E.

Most read in Health

"They said that had I not brought her in when I did, she would not have survived the next day.

"When she was first diagnosed it was hard, because we didn't expect it at all, it was a blur.

"That first moment of diagnosis is like you've been hit by a freight train – we didn't expect anything that serious .

"It was a whirlwind. We took her in and within a couple of hours she was on an operating table in a hospital ward.

"It wasn't until a few weeks later that it did hit home that it's going to be like this for the rest of her life "You just have to deal and get on with it."

At the age of four, little Lacey spent 17 weeks in recovery in hospital and began to regain strength and part of the vision in one eye.

Over the past six years, Lacey-Mae has undergone three courses of chemotherapy and has just a fourth round in May 2022, which she is due to finish in May 2023.

The symptoms of a brain tumour you need to know

The NHS states that symptoms of a brain tumour will depend on its side and how it affects that particular part of the brain.

Guidance states that the general symptoms to look out for include:

The NHS states that brain tumours can also cause problems with balance and walking, weakness down one side of the body, or changes in behaviour. Some of these symptoms are common even without a brain tumour, and this can cause confusion in the early stages.

Mum Donna said that the experience had been overwhelming and added that the family had to block a lot of it out.

"It was such a blur.

"At that point we had to pull ourselves together for her sake, because us being a mess wasn't going to help."

Rob and Donna have said Lacey-Mae's attitude has helped them manage the impact her illness has had on their lives.

"If she wasn't as determined and hard as nails i don't think me and mum would have survived," said Rob.

"She's helped us through lots, she never sits and wallows."

However, the couple do worry about the impact Lacey's illness has had on her childhood, as well as the ongoing uncertainty of her future.

"In many ways she hasn't had a normal childhood, because she's missed out on an awful lot, especially at the start." said Donna.

"We just try and concentrate on each day and to deal with any news we receive as best we can."

Lacey-Mae has just started another round of chemotherapy, which will last for 18 weeks and is due to finish in May this year.

"It's a waiting game – waiting for the results, then waiting to see if it comes back," said Rob.

"There is always that chance it could go wrong. It's a ticking time bomb, as we just don't know if she will reach full adulthood.

"It is what it is – we wouldn't help her by mulling over it, so we try to stay positive for her." 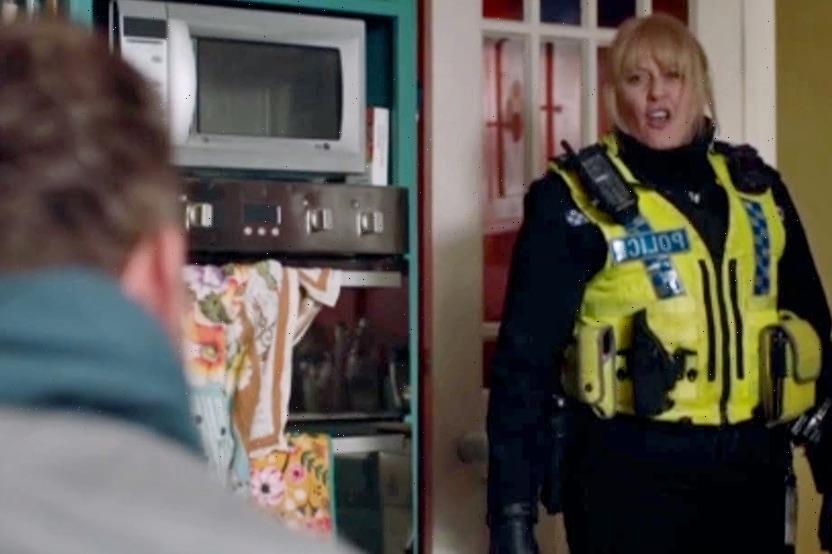 Beyonce misses accepting Grammy after getting stuck in traffic
Music

Beyonce misses accepting Grammy after getting stuck in traffic