Australian gig economy giants are resisting union efforts to make their workers “employees” — with rights to the minimum wage and injury compensation — but have offered other concessions as their British arms either opt to change workers’ status or face financial consequences.

But other local services, especially in the disability industry, say their business models are already different and have urged a Senate committee that starts hearings on Monday not to lump them in with the big food delivery firms.

Food delivery giant Deliveroo saw its shares slump on their debut after several of Britain’s largest fund managers declined to invest, citing its labour practices. In Britain, Uber and Just Eat Takeaway.com, the European parent of Menulog, have moved to give their workers more rights. 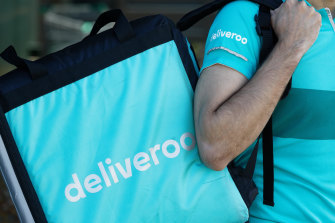 Deliveroo, which was battered on its stock market debut, argues it helped save tens of thousands of restaurant jobs during the coronavirus.Credit:Trevor Collens

Both Deliveroo and Uber in Australia say they are open to providing additional benefits to their workers such as sick pay.

But other platforms such as disability care providers Mable and Hireup argue they are different from the food delivery giants.

In its submission to the Labor-chaired Senate inquiry into job security, Mable says the 11,000 people providing services on its platform should not be considered part of the “gig economy”. That is because unlike a firm such as Uber, they set their own payment rates, often do regular work rather than one-off jobs and can form relationships with individual customers to get more work, Mable says.

It also says its personal carers are paid an average of $37 an hour after Mable’s fees for work, Monday to Friday, much more than the $21.92 an hour Uber Eats says its delivery riders earn.

Hireup, another service providing care workers to people with a disability, is different again. It employs about 6000 workers a month directly, giving them access to the minimum wage, workers’ compensation if they are injured, and employer superannuation contributions.

The firm’s co-founder, Jordan O’Reilly, says he is worried by the rising number of “independent contractor” arrangements and argues the industrial award that sets out minimum pay and conditions for the disability sector should be simplified to provide a level playing field.

Labor has committed to giving employee-like rights to some independent contractors if it wins government to address what it sees as the problems of the industry as it expands into areas like the National Disability Insurance Scheme.

Overseas, pressure on the companies has produced substantial changes. In Britain, Uber has moved to use “workers”, which is a legal status similar to casuals in Australia. Just Eat Takeaway.com announced last year it would make its staff at one of its services employees. 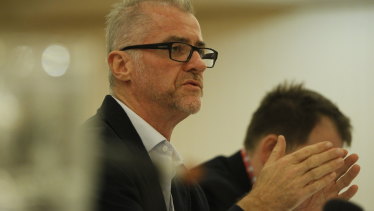 In its submission to the Senate committee, Deliveroo argues that its 8000 riders are self-employed people who enjoy setting their own work hours around other commitments. Its services let restaurants stay open during coronavirus lockdowns, protecting 38,000 jobs, the company’s submission says.

Uber says it is open to changes that provide more benefits for its workforce, including creating pooled funds that workers can draw on for sick leave or holidays, as long as they don’t hamper flexibility. Deliveroo takes a similar position but only as part of an overhauled industrial system for the gig economy.