Why? It’s the one question that applies to so much of celebrity Craig McLachlan’s astonishing saga which has little to do with the tawdry claims originally levelled against him by his former Rocky Horror Show co-stars in this masthead and on the ABC four years ago. 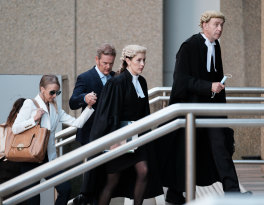 McLachlan and Scammell pictured with his legal team.Credit:Oscar Colman

For starters, why did he ever agree to last year’s paid interview on Channel Seven’s Spotlight ahead of a defamation trial – a trial which he had initiated?

Any media lawyer worth their salt would advise strongly against such an idea given it dangerously flirts with strict contempt laws. 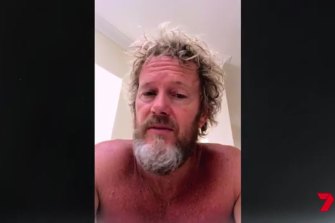 “I want the world to know that I am sitting here today 100 per cent acquitted. I’m an innocent man,” the former Gold Logie winning soapie heart-throb told Spotlight viewers just over a year ago, months after being acquitted of criminal charges of indecent assault and assault in December 2020.

“Distorted, twisted half-truth, that’s all you need,” he said, staring into the lens before angrily exploding when he talks about what he had been accused of doing during The Rocky Horror Show “to my friend!”

“I was public enemy number one, the vultures and the jackals all crying for more,” McLachlan says. “It didn’t happen.”

His comments sat uncomfortably with Melbourne magistrate Belinda Wallington’s findings, which described McLachlan: “Overall, he was not an impressive witness.”

In her final comments, she noted the law regarding consent in indecent assault cases in Victoria had changed since 2014, the time at the centre of the claims.

“Were the current law applicable, it is possible that the result may be different,” she determined. 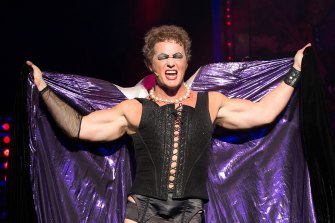 While not exactly a glowing account of McLachlan’s first courtroom performance, it appeared he had reached a level of vindication following the acquittal.

At that point many suspected McLachlan, having had the last word thanks to the Spotlight appearance, would disappear for a time, drop his defamation claim, which also included suing his former co-star Christie Whelan Browne, and work on resurrecting his public image.

Given the experiences of many celebrities before him, he could have salvaged his showbiz career, a difficult but still feasible prospect given how quickly such scandals are forgotten … or forgiven.

Whelan Browne said she only came forward, along with other women, so others would not have to endure the same behaviour they did in the 2014 production.

“I was then singled out and sued for defamation,” she said.

“My name was dragged through the mud and my character and own behaviour was exaggerated and called into question. I had thought this kind of shaming was a thing of the past, but I was wrong.

“The past four and a half years have significantly traumatised me and the other brave women who spoke up at the time and afterwards.”

In continuing his ill-fated defamation action, McLachlan knew it would dredge up all the details of the original claims once more.

But this time his opponents ended up with extra ammunition, courtesy of McLachlan himself, who watched in court as raw footage of his Spotlight interview was used against him.

He even alerted – inadvertently – his opponents to the existence of thousands of potentially damaging documents in the form of text messages, emails and photos which were eventually handed over.

In the Spotlight footage McLachlan also boasted about his great memory, earning praise from his lawyers, only to then claim in court he couldn’t remember critical aspects of the allegations being levelled at him.

The Spotlight appearance also came back to bite his musician wife Vanessa Scammell too, who has her own successful career in showbiz and is currently conducting the orchestra in the musical An American In Paris.

In her TV interview, Scammell claimed to be backstage during the Rocky Horror Show production almost every night, only to be then challenged by lawyers who argued she had been told to leave half an hour before the show began due to insurance reasons.

Friends of Scammell say she has been impacted badly by the case, suffering hair and weight loss. McLachlan issued a statement citing his mental health and the pressure of the trial on his family among the reasons behind abandoning the case.

And again we are left questioning why.