Kim Kardashian breaks down over Kanye West divorce: I feel like a failure

The “Keeping Up With the Kardashians” star paid tribute to the Yeezy founder on his 44th birthday with an old picture of the pair with three of their kids: North, Saint and a then-infant Chicago West.

“Happy Birthday Love U for Life! 🎈” she wrote alongside the photo Tuesday.

The 40-year-old Skims founder also shared a throwback couple’s photo, a pic of West with all four kids, and a Polaroid of West from 1987 on her Instagram Story.

“Happy BDay,” she wrote over the Kimye pic.

The numerous tributes to West speak to their amicability since Kim officially filed for divorce from the “All of the Lights” rapper in February, though Page Six broke the news in early January that the marriage had dissolved beyond repair.

Kim’s younger sister Khloé Kardashian also honored the “Monster” rapper with an Instagram post, calling him her “brother for life.” 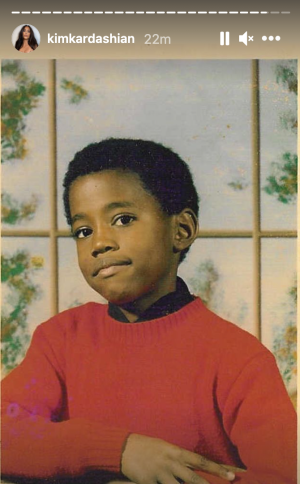 “Happy birthday to my brother for life!!!” Khloé wrote on Instagram Tuesday next to a picture of her frolicking in the ocean during happier times with Kanye, Kim and her on-again, off-again boyfriend Tristan Thompson. 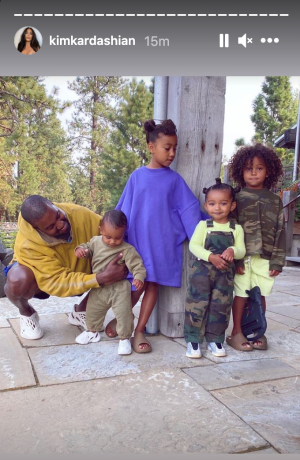 Kim commented with a balloon emoji on her sister’s post.

Kris Jenner relegated West to a mere Instagram Story photo of her and the “Bound 2” performer and wrote, “Happy birthday #KanyeWest.”

Didn’t even tag him — tough.