From divorce retreats featuring legal advice with a side of yoga to a self-styled “divorce cowboy” offering coaching for men based in a paddock with horses, welcome to separation in 2022.

The spike in divorce applications since the start of the COVID-19 pandemic has spawned an industry of coaches helping both men and women navigate the tricky emotional terrain of separation.

It comes as Parents Beyond Breakup, a charity that supports parents experiencing trauma related to family breakdown and separation, reports a surge in demand in the past two years. 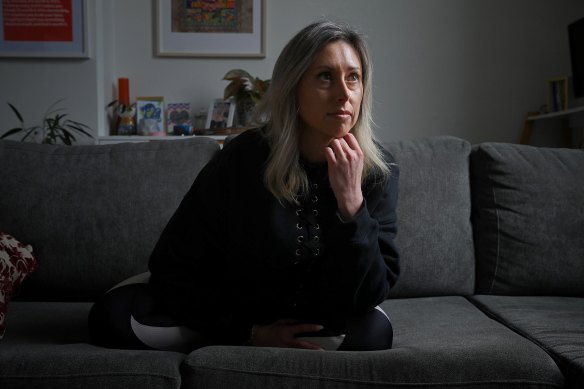 Cristy Mitchell, from Leichhardt in Sydney’s inner west, used a divorce coach when she separated from her husband of 17 years about four years ago.

Mitchell said she originally spoke to a counsellor to unpack the hurt of her ex-husband’s infidelity and deal with solo parenting, but later switched to coaching when she felt ready to design her new life.

“Initially, I needed the tools to just go day by day and to understand what happened towards the edge of my marriage, and I think the counsellor was good for that,” Mitchell said.

“But there was never a lot of talk about my long-term future. With a divorce slash life coach, they want to delve more into your larger future … as opposed to looking back and working on the past.”

Divorce coaching is typically an offshoot of life coaching. Another sub-speciality market themselves as “divorce strategists”, who work with clients before they actually leave their partners.

In Australia, this is all unregulated territory – legally anyone can call themselves a life coach or a counsellor. Some have certifications through a life coaching academy but similarly, there are no legal controls about who can offer certification.

Cassandra Kalpaxis, a lawyer specialising in collaborative divorce, said the rise in divorce coaching was a sign that people want to do things differently and aspire to what Gwyneth Paltrow called “conscious uncoupling” back in 2014.

While Kalpaxis said some coaches do “amazing work”, she “holds concerns about people emerging in the industry who don’t have the necessary qualifications” or who can’t work collaboratively with other professionals.

Kalpaxis runs regular “Detox Your Divorce” retreats for women, though in her legal practice she sees both male and female clients. The retreats include yoga, pilates and sessions on nutrition, sleep and personal finance.

Relationships Australia NSW chief executive Elisabeth Shaw said the rise of coaching was not surprising, given the ramifications of a poor separation.

“In a commercial environment, that could look like a business opportunity,” she said.

Shaw said the plus side of life coaching and counselling being unregulated was that it made it easy for people with aptitude and life experience to mentor others. The downside was that there was no guarantee of quality and in the case of divorce and separation, the clients were vulnerable. Shaw encouraged prospective clients to ask about qualifications.

Mitchell’s divorce coach Carla Da Costa, based in Perth but with online clients around Australia, was certified through the Beautiful You Coaching Academy, which she says is large and well established.

But Da Costa said her main qualification is lived experience, which means she intimately understands the “grief, fear and shame” involved in separation.

“When I went through my own divorce in 2016, there was nothing like this, so I had to find my own way through this kind of emotional process,” Da Costa said. “I’ve accidentally become the coach I needed five years ago.”

Da Costa said she would refer to psychologists or counsellors when clients were trapped in pain and grief, and to lawyers or mediators when they were seeking very practical advice.

Similarly, Melbourne-based Tamir Berkman, who brands himself the Divorce Cowboy, said he became a coach after his own separation.

“What I hear from my clients in the field is that men aren’t interested in qualifications – some of them are telling me ‘hey, I’ve got a psychologist, but they’ve been married for 45 years, so they don’t know where I’m coming from’.”

Berkman is training in equine-assisted learning but is not yet qualified. Meanwhile, he offers what he calls a “walk and talk” that gets men out in the paddock with the horses without calling it therapy. However, most of his business is online over Zoom.

Berkman said he was alarmed by the suicide rates for men, many of whom had experienced family separation. Official statistics show 8.6 people die by suicide every day, and 75 per cent of them are men. 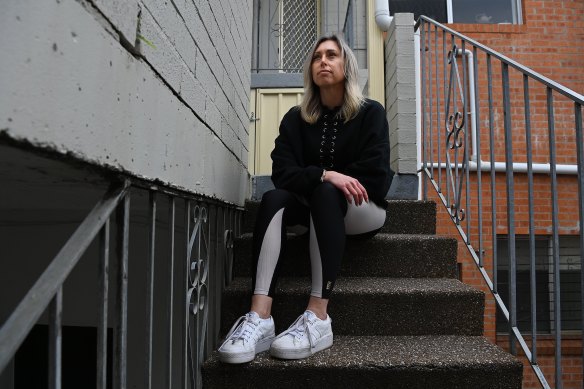 Cristy said she initially used a counsellor, but found a divorce coach could help plan for the future. Credit:Kate Geraghty

This is a concern shared by charity Parents Beyond Breakup, which is seeking funding to make its suicide helplines operational 24 hours a day, seven days a week.

Over the two years from July 2020 to July 2022, the combined number of calls to the charity’s Dads in Distress or Mums in Distress helplines and attendances at peer support groups increased by 110 per cent.

Parents Beyond Breakup chief executive Gillian Hunt said parents going through separation could lose daily access to their children, their social networks, their reputation and ‘purpose’ as a parent, access to their family home, and become financially distressed.

“Each one of these factors alone is a pre-cursor to a potential suicide, yet family breakdown with kids is the one life event in which all occur together, sometimes unexpectedly, and there is precious little, if any, support for many of them,” she said.

Most Viewed in Lifestyle

Scooter Braun Opens Up About Big Machine & Taylor Swift Catalog Purchase: ‘I Look At It As a Learning Lesson’

Kid Cudi Says He Probably Won’t Release Another Full-Length LP Following ‘Entergalactic': “I Just Don’t Have It in Me”

Scooter Braun Opens Up About Big Machine & Taylor Swift Catalog Purchase: ‘I Look At It As a Learning Lesson’