In December 1990, French writer Annie Ernaux noted in her diary: “There is this need I have to write something that puts me in danger, like a cellar door that opens and must be entered, come what may.”

Ernaux, 82, who in October won the Nobel Prize in literature, has kept a diary intermittently since she was 16, and journals and notebooks are part of her body of published work — fearless, unflinching, precise writing that begins with experience and memory and constantly interrogates itself. 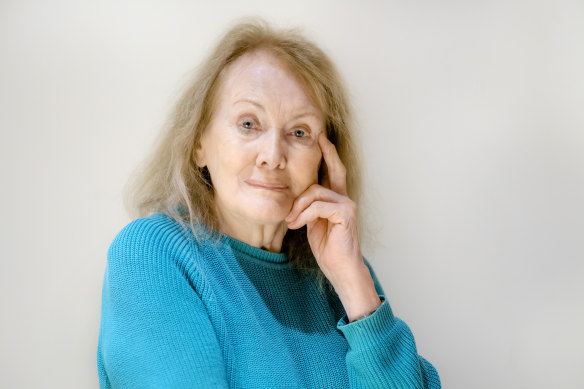 Annie Ernaux won the Nobel Prize for Literature in October. Her books might seem straightforward in their brevity and clarity, but they are complex, rich, full of re-connections and references.Credit:

Getting Lost, Ernaux’s most recent book in English, translated by Alison L. Strayer, is the journal she kept between 1988 and 1990 when she had a consuming sexual relationship with a diplomat at the Soviet embassy in Paris. Ernaux was 48, divorced, with two adult sons; he was 12 years younger and married.

This is not the first book about the relationship. Shortly after her lover returned to the Soviet Union she wrote Simple Passion, which became a bestseller in France, and something of a cause célèbre for its unsparing depiction of sexual thrall. Translated in 2003 by Tanya Leslie, it is a brief and elegant meditation on what it is like to “wait for a man” to the exclusion of almost everything else. 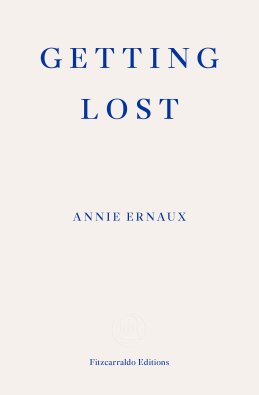 Getting Lost by Annie Ernaux.

Where Simple Passion is a reflection on the recent past, Getting Lost inhabits the messy present, with the painful immediacy of experience in the moment. There is much that is raw, awkward, sometimes repetitive, as well as briskly matter-of-fact or funny. She is by turns rueful and self-critical, triumphant and abject. There is more about the physicality of sex in the journal than there was in Simple Passion; her focus is on the telling detail rather than on lingering description.

Their meetings take place entirely on his terms; when he is free, he rings to check that she is at home. Describing their liaison, she can be almost exultant: “In one month we’ve gone from inept sex to a kind of perfection — well, almost.” She can also take wry stock of the situation. “Again I long to see him. And yet what it all comes down to is this: he f—s, he drinks vodka, he talks about Stalin.”

She admits in the introduction that she learned little about him beyond their encounters. “Today I am amazed I did not ask more questions.” He comes across as an apparatchik with a taste for the good life — “He likes fancy cars, luxury, social connections, and isn’t much of an intellectual” — but there is a part of her that identifies with this, remembering, as a teenage girl from a working-class background, being “consumed with longing for the rich girls’ dresses”.

In her journal she often describes her dreams, many of which involve her lover or her mother (who is barely mentioned in Simple Passion). Ernaux’s mother died in 1986. She was the subject of A Woman’s Story, published a year later, and she remains a powerful figure in her daughter’s life. Grief and frustration are evident in Getting Lost, still painful and unresolved.

The journal, Ernaux explains in her introduction, was not a source for her first account of the affair. It is the sense of another perspective that makes it a fascinating companion volume to Simple Passion, and to Ernaux’s work overall. It is not a counter-version or “the real story”, but an additional layer, another element in the kaleidoscopic play of her writing.

With Ernaux, everything is connected. Her works might seem straightforward in their brevity and clarity, but they are complex, rich, full of re-connections and references. They trace a complex chronology, in which past and present jostle together, and references to past events anticipate books to come. They speak to each other and illuminate how we read and respond to each one.

During the affair, she barely touched any of her literary projects. “I cannot give up writing the world and for two years, I’ve done nothing. I can no longer live like this. Men and writing — a vicious circle,” she says. Yet the journal is full of intense reflections on writing: what it can explore, where it can fail, what it makes possible, how necessary and inevitable it is for her.

“I am a voracious woman — really, that’s the only fairly accurate thing that can be said about me,” Ernaux says at one of her lowest points. Getting Lost is an expression of extremes, and there can be something exhausting about the feverish obsession, the cycle of highs and lows, and the recurring dreams.

Yet it is also an exhilarating book, the work of a woman for whom desire and writing are equally important. “I knew it already, but as long as things are not spoken or written down — in literature, direct and without innuendo — they do not exist,” she says. “And after that, they never cease to be.”

Getting Lost by Annie Ernaux; trans., Alison L. Strayer, is published by Fitzcarraldo, $27.99.

Strictly’s Molly Rainford at risk of elimination due to ‘stress’

Strictly’s Molly Rainford at risk of elimination due to ‘stress’