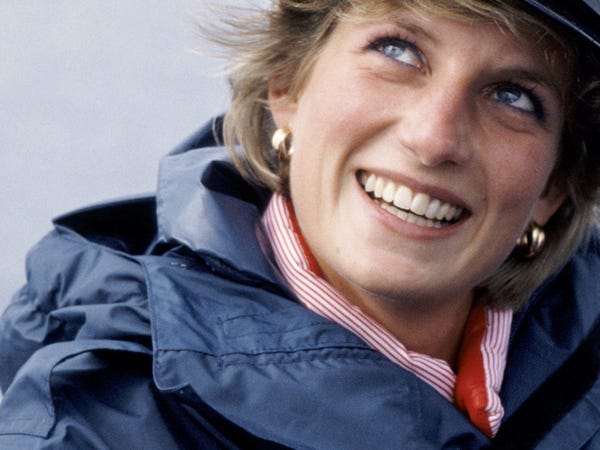 "The Crown" star Emma Corrin has revealed that Princess Diana used to "send her friends filthy cards" on their birthday.

Corrin, who will play the late royal in the upcoming fourth season of the Netflix show, opened up about how she got into character in a new interview with HuffPost UK.

The actor said she did a lot of research into Diana's life, including speaking to her close friends, one of whom shared a funny anecdote about the people's princess.

"I recently met someone who knew her, and who worked with her very closely, and he said that she used to send him the filthiest birthday cards," Corrin said.

"He used to say 'darling where have you found these?' and she used to say, 'I know people,' which I think is brilliant."

The actor continued: "He would say, 'please tell me you're not going into shops and buying these,' but she was like, 'Oh yeah, there's a little shop down the road from me, so I go in.' And I love that about her, I love her sense of fun.

"I think that's something I'd always known was there, because I think that's why so many people are so drawn to her, and why they felt like she was such an un-royal person, I suppose."

Corrin will play Diana in the latest season of "The Crown" opposite Josh O'Connor, who is returning as Prince Charles.

The series will feature the royal couple's wedding, which took place in 1981, and also charts the growing tensions between then-prime minister Margaret Thatcher and the Queen, surrounding the country's role in the Falklands War.

Earlier this month, Netflix shared the first picture of Corrin playing Princess Diana in her wedding dress, which was originally designed by David and Elizabeth Emanuel.

The designers recently praised the recreation of the garment, stating that costume designer Amy Roberts had managed to "capture the spirit of the wedding gown."

"The dress looks lovely," Emanuel told People magazine. "They have done a great job in capturing the spirit of the wedding gown."

She continued: "Emma Corrin looks wonderful in it. I'm a big fan of "The Crown," it's an amazing series and I'm looking forward to seeing it when it comes out."

The show will return for its fourth series on Sunday, November 15.