A senior defence official under former United States president Barack Obama says the Five Eyes spy network should be used as a diplomatic grouping to pressure China, in a direct contrast to New Zealand’s attempt to narrow its remit.

Michèle Flournoy, who was at one stage the favourite to be President Joe Biden’s defence secretary, also backed Australia’s hard-line stance against China’s growing assertiveness, saying Canberra was “seen as very courageous in Washington right now”. 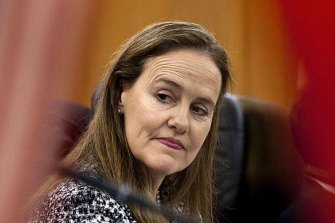 Michele Flournoy, a former undersecretary of defence, has backed Australia’s handling of the China relationship.Credit:Photo: AP

Asked about New Zealand’s position, Ms Flournoy, who was under secretary of defense for policy between 2009 and 2012, said, “New Zealand is an example of a smaller country that is under a lot of pressure and probably feels significant risk with making waves or sort of provoking China”.

“Where we have common interest, where we can identify common positions through consultation, it’s much more powerful for us to make those statements together, and frankly beyond the Five Eyes, including as many others in the region as possible,” she told the Lowy Institute’s The Director’s Chair podcast.

“And, again, I think as a basis for consultation, trying to find common ground where we can, and then expressing that – I think that’s helpful.”

The Five Eyes includes the United States, Britain, Australia, Canada and New Zealand and was formed in 1941 to share secrets and signals intelligence during World War 2.

There has been growing friction between Canberra and Wellington over the past year on the question of how to handle China’s increasing economic coercion and its crackdowns in Hong Kong and Xinjiang. Beijing last year imposed more than $20 billion of tariffs on Australia after it took issue with its push for an independent inquiry into COVID-19 and a number of policies to counter foreign interference and espionage.

Ms Flournoy, who was also deputy assistant secretary of defense for strategy under President Bill Clinton, said there was “a lot of attention on what Australia’s doing”.

“You’re being candid, you’re being truthful, you’re being clear. We need more of that frankly. It’s been inspiring for me to watch it. I wish the Chinese were not trying to punish you so much or to push back on you so much. But I do think that so much of what we need to do to be successful, as allies and as a broader community, is call China out on their misbehaviours and call it as we see it. It’s very powerful when a group of nations stand up and say: ‘This isn’t right.’”