Like many others in the past, singer Demi Lovato has been inspired to create music around current events. She did so with her 2020 song “Commander in Chief.” And it looks like she’s going to do it again just months later. Here’s what Lovato said is coming.

Demi Lovato planned to release her seventh album in 2020

Lovato began 2020 with notable performances at the Grammys and the Super Bowl. She dropped “I Love Me,” her first single off a planned album, in March. But everything changed with the coronavirus (COVID-19) pandemic — not to mention in her personal life.

“The beginning of the year started out, I was on a trajectory to have an eventful career, and I was planning my come back, releasing an album,” Lovato said on TODAY in September 2020. She continued, adding, “thank god I didn’t release the album when I wanted to because I had so much to experience.”

Despite the pandemic, Lovato continued to work, teaming up with the likes of Sam Smith, JoJo, and All-Time Low as she released multiple collaborations. She told her fans that her seventh album was still in the works and even shared the occasional behind-the-scenes photo.

But in October 2020, Lovato released a non-album single, “Commander in Chief.” The song, which she debuted at the 2020 Billboard Music Awards, was directed at President Donald Trump. Not only did was the message clear, but she delivered it just before the U.S. presidential election in hopes of persuading young voters.

Following the election, Lovato celebrated President-elect Joe Biden’s victory. But amidst the posts with political and social justice messaging, she communicated with her fans about what’s to come. Lovato shared Instagram Stories and posts of herself, a few of which showed her in a recording booth.

And the singer herself wasn’t the only one who spread the word. In 2019, Lovato signed with music manager Scooter Braun, who works with Justin Bieber and Ariana Grande, among others. On January 2, 2021, Braun tweeted simply, “Demi is in the studio,” with a pair of emoji eyes.

On January 6, 2021, Trump supporters objecting to Biden’s presidency overtook the Capitol building in Washington D.C. Lovato, among others, responded. “My heart is broken. It makes me too sad to believe how naive I was to think this couldn’t possibly happen, and yet it did. Here we are,” she began.

Lovato tied her statement to herself. “For everyone in my comments saying “where’s d7″ or wanting me to sing instead of speaking up about what needs to change in this country…THIS IS WHY I POST AS MUCH AS I DO. THIS IS WHY I CARE. THIS CANNOT HAPPEN ANY F*CKING MORE. I’m angry, embarrassed and ashamed.”

Not only is Lovato showing where she stands, but she told her followers she’s going to record a song about the event. “I’m in the studio working on something special after today’s assault on democracy,” she wrote, adding a hashtag calling for Trump’s immediate impeachment. 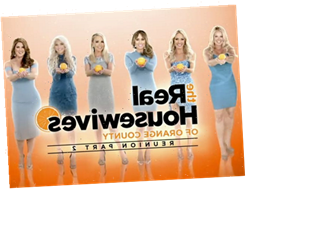 Priyanka Chopra Recalls How Bold Nick Jonas Was When They First Started Dating: ‘I Was Shocked’
Music

When was James Argent in rehab and what has he said about losing weight?