Another collaboration between Ed Sheeran and Taylor Swift is on its way. On Feb. 11, Sheeran will release a remix of his song “The Joker and the Queen” featuring Swift. This is not the first time the two artists have collaborated together, but it is the first time Swift will appear on one of Sheeran’s songs.

Ed Sheeran announced he will release a song with Taylor Swift

Sheeran first announced the new single at the 2022 Brit Awards on Feb. 8. According to Billboard, Sheeran told LADbible on the red carpet “that a new song ‘comes out Friday and it’s with Taylor Swift.’”

On Feb. 9, Sheeran confirmed the upcoming single is a remix of his song “The Joker and the Queen” on social media.

“The Joker And The Queen featuring my good friend @taylorswift13 is out this Friday,” Sheeran tweeted.

Sheeran’s tweet also included an animated video of a card with a Joker and Queen on it.

As the animated card spins around, Swift can be heard singing, “And I know you think that what makes a king is gold, a palace, and diamond rings.”

Sheeran’s voice chimes in, and together, the two sing, “When I fold, you see the best in me, the Joker and the Queen.”

After Sheeran announced the remix of “The Joker and the Queen” will drop on Feb. 11, fans of Swift and Sheeran shared what they think of the collaboration’s potential so far.

One fan wrote on Reddit, “Ooh, I hope the rumours that Taylor wrote her part is true- it definitely seems like it as these lyrics are different from the album version and she mentions ‘gold’ – Lover vibes!”

“This remind me of her song ‘beautiful ghosts’ Maybe it’s the mythical and almost seductive vibe in her voice,” a fan wrote on Reddit.

“I love the original and I’m so excited to listen to the remix. I’m a huge fan of Ed and Taylor and they’re just magical together,” wrote a Reddit user. 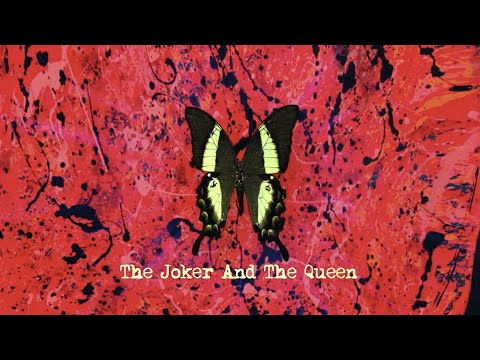 Ed Sheeran and Taylor Swift have collaborated before

Swift and Sheeran are close friends, and the two frequently support one another’s work. On Swift’s 2012 album Red, the two collaborated on the track “Everything Has Changed.”