Viewers of Good Morning Britain were left fuming after a man dressed up in a wig gatecrashed a segment dedicated to Prince Philip.

The Duke of Edinburgh passed away last Friday (April 9) at the age of 99, and the UK as well as millions across the world, have been mourning his death ever since.

ITV's royal editor, Chris Ship, was talking viewers through the funeral plans for Prince Philip, which is set to take place on Saturday.

During the segment, the man took his chance to get free publicity and 'photobombed' the clip by standing behind the Mr Ship.

But fans were not impressed at all by his shenanigans.

One viewer wrote on Twitter: "Who’s the disrespectful wig-wearing pr*t advertising his disco thing behind the reporter on @GMB whilst they discuss #HRHPrincePhilip funeral plans and his life .. #ShameOnYou."

A second asked: "Who’s this kn***er in the background at Windsor Castle [face palm emoji]."

Another joked: "Is that Jeff Lynne in the background?"

Prince Philip's funeral, which will be aired on TV, will take place today.

The main service is expected to last around 50 minutes, starting with a ceremonial procession from the state entrance of Windsor Castle at 2.45pm.

The Prince Of Wales and senior members of the Royal Family, including Prince William and Harry, will follow behind on foot.

The walk is expected to take around eight minutes to reach St George's Chapel, where the procession will be met by the Guard of Honour.

A minute's silence will then commence at 3pm for the Duke, who passed away peacefully in his sleep.

The service, conducted by the Dean of Windsor, will give the commendation as the coffin is lowered into the Royal Vault. If this is shown on TV it will make British Royal History as the first moment of its kind to be aired to the world.

She said: "He has, quite simply, been my strength and stay all these years, and I, and his whole family, and this and many other countries, owe him a debt greater than he would ever claim, or we shall ever know."

Buckingham Palace then tweeted: "The Duke of Edinburgh swore to be Her Majesty's 'liege man of life and limb.'

"The Duke was a devoted consort (companion to the Sovereign) for almost 70 years, from Her Majesty's Accession in 1952 until his death." 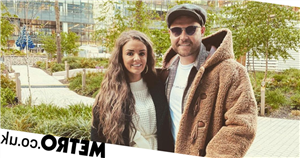