The question of how to attract audiences to the concert hall generally points to a rather lazy conclusion: pandering. The result is the widely available status quo of warhorse repertoire that, more often than not, merely aims to entertain gently.

Rubiks Collective, a group of Melbourne-based contemporary specialists, are bucking this over-cautious trend by proving that challenging an audience with the unknown is not only a worthwhile endeavour, but it can also produce a concert that easily out-thrills its more traditional counterparts. 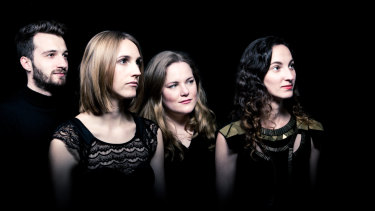 New-music-phobes often dismiss contemporary work as emotionally arid, rooted in sterile, soulless intellectualism. Hush proves the perfect rebuttal. Its central theme could hardly be more accessible: an exploration of the voice and breath, which are at once unanimously innate and central to how we express our individuality.

Each piece works towards this premise through a vivid palette of extended techniques, summoning sonorities from the hinterland that exists between notes.

At times, as in Annie Hui-Hsin Hsieh's The Thin Air Between Skins and Annika Socolofsky's Don't Say a Word, this focused on the gossamer spectra at the edge of hearing, barely more than wrinkles in the air.

In such a complex sound-world, that's hard to do well; to reach such a level of shared empathy and control is damn near impossible.

'This Is Us' Season 6 Episode 18 Recap: The Series Ends With a Funeral and a Lazy Saturday in 'Us'
Celebrities

The other affair in Conversations with Friends