She’s an award-winning comedian, a chart-topping musician, and a crowned queen from RuPaul’s Drag Race. However, when RuPaul announced the all-winners cast of RuPaul’s Drag Race: All-Stars, Trixie Mattel was not listed among the returning queens.

Thanks to one interview, fans learned the reason why Trixie Mattel turned down the opportunity.

Trixie Mattel is the winner of ‘RuPaul’s Drag Race: All-Stars 3’

She’s a skinny legend and she’s also the winner of RuPaul’s Drag Race: All-Stars 3. After getting eliminated (twice) on season 7, Trixie Mattel truly spun straw to gold with her Drag Race appearance.

She released original music, starred in American Horror Story, and created her own cosmetics company. When Mattel returned for All-Stars 3, she was crowned the winner of the spinoff series. Now, fans are wondering why she won’t appear for the first-ever all-winners season of the reality series.

Whether it was on UNHhhh or on The Pit Stop, Trixie Mattel mentioned returning for the potential “all-winners” season of the series. As someone who works closely with World of Wonder, Mattel explained during an interview with Pink News that she “heard things coming down the pipeline” about the new season.

“When I left, I said, ‘Can you promise me that you’ll invite me back for winners,’ and they [WOW] said, ‘Yeah, we’ll invite you back,’” Mattel said during the same interview.

Unfortunately, Trixie Mattel is not returning for this season. Unlike Bob the Drag Queen, Trixie Mattel was invited to All-Stars 7 — she was just too busy. Between creating the Trixie Motel, touring with Katya Zamolodchikova, creating original music, and working at Trixie Cosmetics.

This legend, icon, and star is too busy to appear as The Pit Stop host for the upcoming season. Trixie Mattel previously hosted the recap show on YouTube. Season 14 of RuPaul’s Drag Race had Monét X Change as the host.

“I loved doing Pit Stop – it was like my favorite job,” Trixie said. “So I’m sad I can’t do Pit Stop on the first All-Stars winners.” 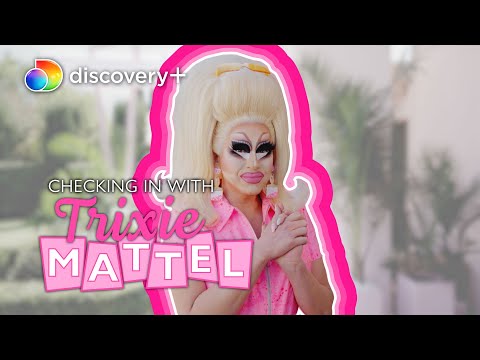 This drag performer returned to the bubblegum pink walls of the Werk Room for other spinoffs. That includes the first season of RuPaul’s Secret Celebrity Drag Race. Trixie Mattel and Katya Zamolodchikova are also behind several successful YouTube shows.

That includes the World of Wonder production UNHhhh. The duo partnered with Netflix for I Like To Watch, where they react to content available on the subscription service’s library. Of course, music by Trixie Mattel is available on most major streaming platforms.

Lockheed Martin Reveals How the "Darkstar" Jet from 'Top Gun: Maverick' Was Conceived