Where does “F9” stand in the global-hit automotive action franchise? 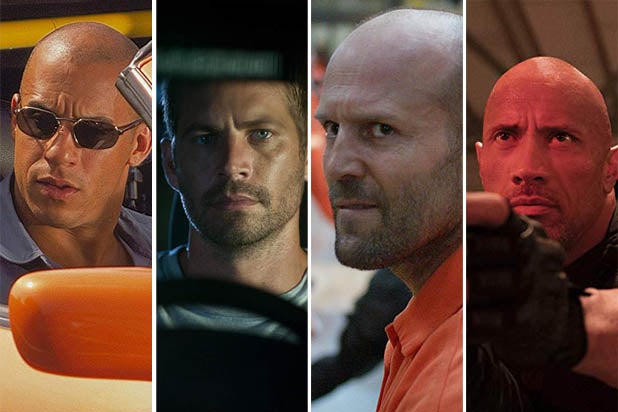 “The Fast and the Furious” is a franchise it’s easy to dismiss as big, silly, or even bad — but that’s because it’s not good, it’s awesome. The distinction may seem nebulous, but measuring each film’s success or failure has less to do with whether or not you believe what’s happening on screen than whether what’s happening has just suitably blown your mind, scrambled your expectations, or shown you something so preposterous that you have to admire it. Ironically, the series began as a more mundane version of Kathryn Bigelow’s thriller about surfing bank robbers, “Point Break,” but over the course of nine installments, “The Fast and the Furious” has grown so far beyond the parameters of what in 1991 already seemed ridiculous that it’s impossible to evaluate them on a scale of anything from zero to 60 — the former number being the resting vibration of Vin Diesel’s throaty baritone, and the latter the circumference of Dwayne Johnson’s biceps. 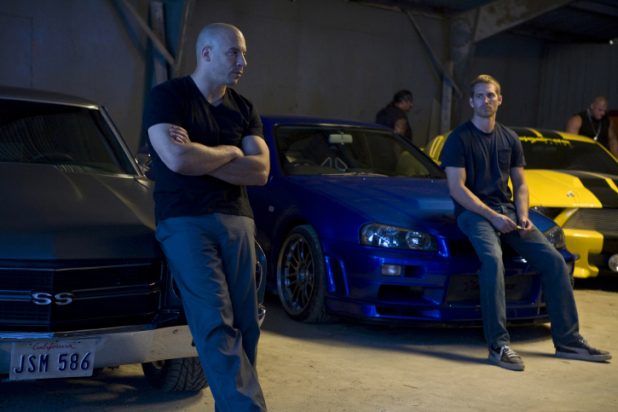 When 2006’s “Tokyo Drift” convinced Universal it was sitting on a largely untapped goldmine, the studio re-hired director Justin Lin and reunited the original series cast for a proper relaunch. Unfortunately, virtually every new decision feels like an “ah, f— it” solution to problems that subsequent films treated with much more nuance, especially reconnecting Brian, Dominic and the rest of Toretto’s outlaw crew. Meanwhile, an overlong finale set entirely in a cheap, phony-looking, CGI-enhanced underground tunnel robs the film of the tangibility — and vitality — that made Lin’s first “Fast and Furious” effort such a visceral delight. 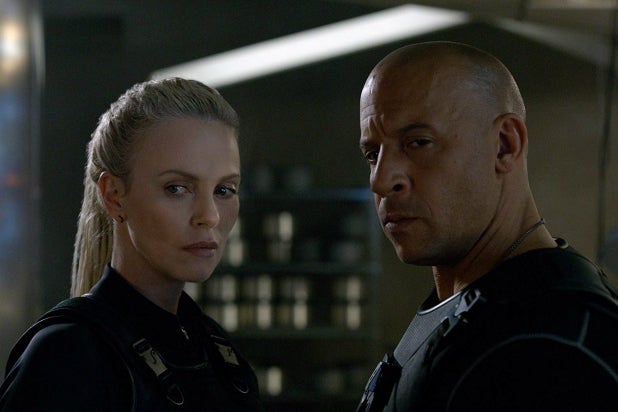 Bursting with cash but on the verge of bankruptcy for new ideas, F. Gary Gray mounted a handsome, appropriately operatic eighth installment featuring a couple of prestigious foes (Charlize Theron and Helen Mirren) but arguably the dumbest heel turn in modern movie history. No character has ever championed loyalty more emphatically than Dominic Toretto, so when he gets blackmailed into betraying his former friends and colleagues, every second feels more preposterous than the previous one. It features the silliest car action of the series — though, to be fair, Dwayne Johnson does punch a torpedo. “Fate” also betrays the series’ central “family” theme by making an ally of Jason Statham’s Shaw, who murdered a crew member in a previous film, without ever bothering to address the issue.

Director Justin Lin reclaims control of the franchise after two installments away and a spinoff, quadrupling down on its single-minded theme of family by exploring Dom’s (supposedly) biological one, which somehow includes a brother named Jakob (John Cena), who teams up with Cipher (Charlize Theron) to exact revenge for an adolescent conflict that, like most of the ones in the franchise, could have been resolved with a two-minute conversation. After nine films, the stakes are higher and more ridiculous than ever, but Lin (and especially Vin Diesel) take them increasingly seriously, prompting the wrong kind of laughter from a movie that actually delivers on the promise of sending this group of street racers–turned–international super-spies to space. By the end, audiences are unsure what’s exhausted them more, the one-upmanship of the explosive, overlong set pieces or the absurd retconning of the series’ already convoluted history (even if it does mean the return of Han, the best character it ever created); ultimately, you probably shouldn’t be complaining if you actively chose to watch the ninth “The Fast and the Furious” movie, but that doesn’t mean there isn’t plenty here to criticize. 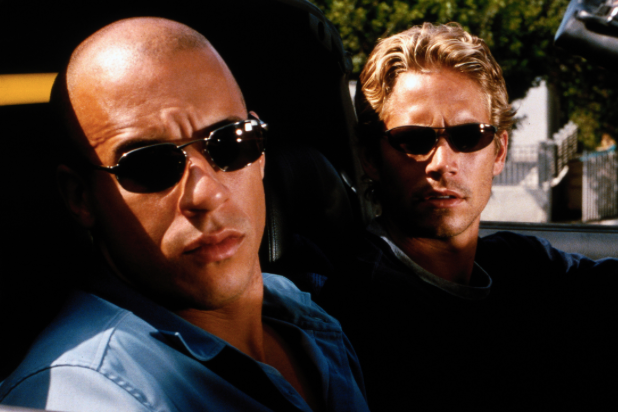 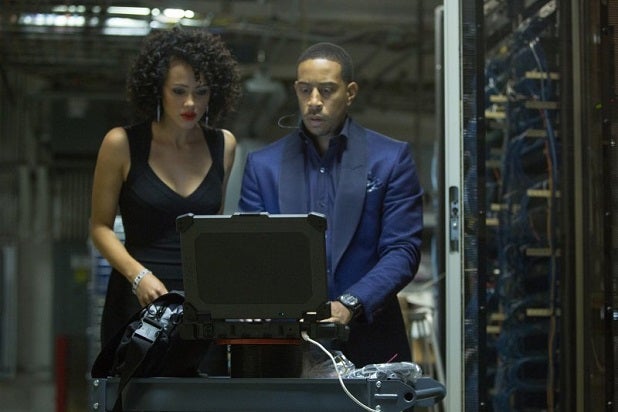 In a giant retcon of “Tokyo Drift” — including the franchise’s most contentious piece of mythology, the death of Han (Sung Kang) — James Wan mounts some suitably ridiculous action, including airdropping sports cars over Azerbaijan and jumping a Lamborghini from one Abu Dhabi skyscraper to another, while expanding the series’ rogues gallery with Jason Statham’s Deckard Shaw, sibling to a former adversary who later, and to much controversy, becomes a colleague. Through no fault of the filmmakers, Paul Walker’s death casts a bittersweet pall over the onscreen adventures, as Brian’s departure inadvertently underscores the series’ shift away from the core elements that initially made it popular, much less the original cast members who were overshadowed by the likes of Statham and Dwayne Johnson. 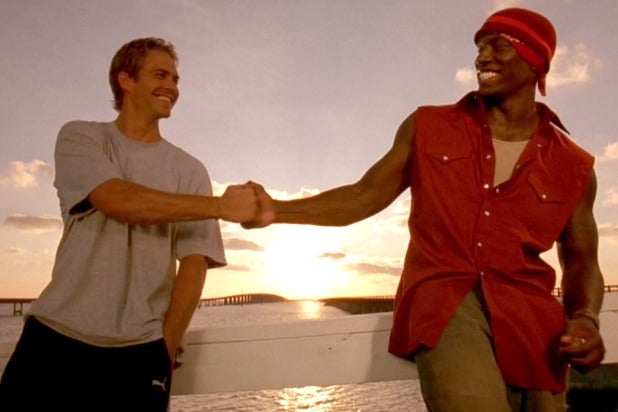 John Singleton reportedly campaigned for directing duties on this film after being inspired by “The Fast and the Furious,” and it shows: Relocating to Miami and drenching its candy-coated cars in neon, he stages the races and chases with a skilled juxtaposition of Sergio Leone–style closeups and wide shots showing the action as it’s actually happening. With Diesel off trying to launch a different franchise, Walker gets partnered with Singleton’s “Baby Boy” star Tyrese for a more dynamic and interesting bromance than last time, especially given the model-turned-actor’s gift for balancing sexy, often shirtless cool and a willingness to be the butt of the joke. When the cars aren’t weaving through traffic on Florida’s I-95 freeway, Walker showcases an appealing stillness and authority, as Eva Mendes steps in both as a vague love interest and an in-too-deep colleague to protect from the cartoon menace of Cole Hauser’s Argentinian drug lord Carter Verone.

Proving indisputably that this series does not need Vin Diesel, “Hobbs & Shaw” charms immediately by embracing the two leads’ oil-and-water buddy dynamic with their charisma working overtime in a story with its tongue firmly in its cheek. In possibly the best action movie that Michael Bay never made — if only because Bay would never make fun of himself — director David Leitch mounts one muscular, inventive action scene after another, supplies his musclebound leads with a truly formidable female counterpart in Vanessa Kirby’s Hattie Shaw and harnesses Idris Elba’s smoldering screen presence as some kind of human Transformer. All the while, he explores the franchise’s fixation on family ties with funny, surprisingly effective humanity. 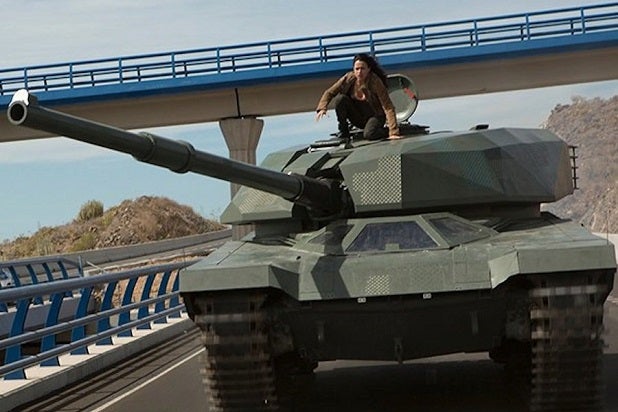 Emboldened by the creative and commercial success of “Fast Five,” Lin and Morgan go bigger and broader with the next film, giving Michelle Rodriguez’ Letty — previously presumed dead — amnesia, and establishing a highly improbable plot where shadowy government organizations hire a team of scruffy, car-obsessed outlaws to investigate and apprehend notorious thieves and terrorists, often in exchange for amnesty or forgiveness of criminal wrongdoing. Some great vehicular action bolsters this installment — especially when Letty drives a tank! — but it’s the series’ increasingly convoluted improbabilities that keep this film just below its top-ranking entries. 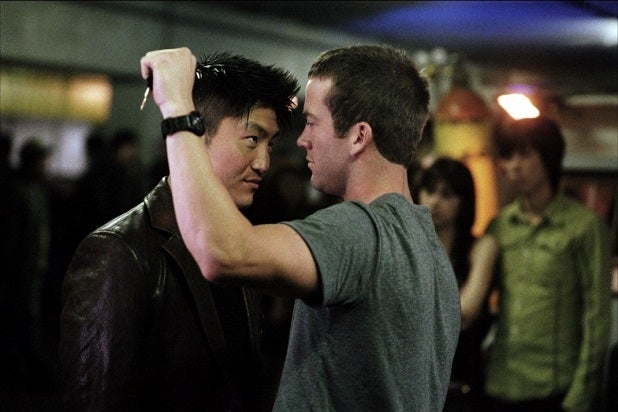 Without the participation of the franchise’s two main stars, Justin Lin’s first contribution to the franchise not only piggybacked on the glossy energy of its two predecessors, but thoughtfully engaged more sophisticated ideas about street racing and car culture, especially after relocating to Japan. Lin inadvertently razed the chronology of the franchise in one fell swoop — a choice whose reverberations are still being felt — but he also codified a lot of the core franchise elements going forward, not just in terms of cars, crime and thrills, but emphasizing a multiethnic cast and taking the action to wherever in the world it can be most interestingly explored.