Sam Frost seemed to have it all ahead of the coronavirus pandemic – a great job and boyfriend – but things appeared to be flipped upside down as Covid raged on.

The Home and Away soap star, 33, is best loved by fans for her starring role of Jasmine Delaney – who she has played since December 2017.

However, the Summer Bay actress found herself caught up in quite a saga when she was seemingly forced to choose between her job with Channel 7 and having the Covid-19 vaccine.

Unsure about accepting the jab at the time, the broadcasting giant allowed Sam to take a temporary break from work so that she could eventually return after adhering to their policy of all cast members being vaccinated.

She did eventually go on to leave the soap on a permanent basis.

Daily Star is exploring Sam's rise and fall during the whirlwind drama and exit from the programme.

Although Sam is most associated with Home and Away, many will not know that Sam actually shot to fame on the first ever The Bachelor Australia, in 2014.

She captured the hearts of many with her Aussie girl next door vibe and went later went on to become a national radio host following her success on the reality TV show.

The Covid-19 drama first unfolded online in October 2021 when Sam told her 582,000 followers she would not be getting the jab.

In the video that was uploaded to Instagram, Sa was tearful as she explained her mental health had struggled after people had judged her for not being vaccinated.

She said: "I was really hesitant about doing a video or even speaking up about this sort of thing, but I feel like it's getting to a point now in the world where there's a lot of segregation, a lot of harsh judgment, and it’s taking its toll on my mental health."

The footage caused widespread controversy, mainly due to the language Sam had opted to use such as "segregated" and opening up about feeling "less human" for not wanting to be jabbed.

At the time she contested that she had her own "good reasons" for being unvaccinated and told her followers that she was discussing her options with a doctor and psychologist.

Following masses of backlash, Sam opted to deactivate her Instagram account but did eventually return to the platform weeks later thanking her fans for their support and love.

While Sam did not return to the soap, she did eventually opt to have the vaccine and went on to tell The Morning Show she has "no regrets" about sharing her views at that moment of time in her life.

However, Sam did admit that she could have "handled it differently".

There was a lot of speculation at the time of Sam's departure from Home and Away that she had left over not having the vaccine.

But Sam was quick to stamp out any confusion over the situation when she took to her Instagram account to update on what had happened.

The soap star explained that she needed to take some time out from work as her mental health had been suffering.

Sam revealed: "I quit my dream job at Home & Away to look after my mental health. I needed to take a step back, go home and be with my family. And most importantly take good care of my health and well-being," she said.

"I now spend the days with the people I love, doing the things I've always wanted to do but couldn't because I was too busy working. I spent 4.5 years being a distant friend, a distant girlfriend, a sister who couldn't be there for big milestone moments."

In an interview on the This Morning Sam Show Sam also reflected on being "torn to f**king pieces" after her emotional Instagram video last October.

"The bullying of unvaccinated people was disgusting. Friends I'd had for years stopped talking to me," vented Sam.

She added: "I'm not an anti-vaxxer – are you kidding me? But I feel it's quite unreasonable to assume that everyone's going to think exactly the same way and that people are going to come to the exact same conclusion in the same time frame."

Their relationship seemed to be going strong, with the Instant Hotel star moving to Sydney to live with Sam during the lockdown period.

However, the negative publicity that Sam had received after her tearful Instagram video in October is believed to have "drove a wedge" between the two young love birds.

According to Emerald City the twosome parted ways soon after with Sam still following her ex-beau on the platform but Jay not opting to do the same in return. 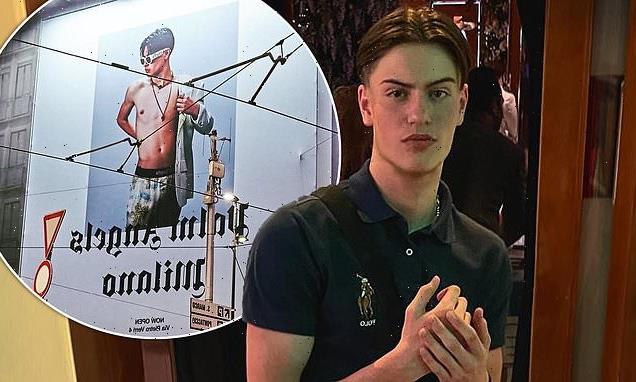