After what feels like years of teasing, the latest Scream film is finally here, and we’re ready to jump out of our skin in terror once again.

It has been 11 years since we last returned to Woodsboro to figure out who was trying to kill off our beloved trio Sidney Prescott (Neve Campbell), Dewey Riley (David Arquette) and Gale Weathers (Courteney Cox) in Scream 4.

But, before fans get their hands on the fifth movie in the horror franchise, slated to be released on January 14, it’s time to get something straight – Scream 3 doesn’t deserve the severe disgust and outrage it has been met with.

Unlike the two previous flicks, the third instalment wasn’t well received when it landed in cinemas in 2000 – Time Out criticised the almost ‘transparent’ characters, while Empire said the premise had worn thin. It was also condemned by viewers, with some unimpressed fans going so far as to compare it to Scooby Doo, describing it as the worst of the entry of the franchise.

Well, I’m here to defend the much-misunderstood slasher and explain that it’s actually better and more intelligent than anyone gave it credit for. Scream 3 manages to turn tropes regarding trilogies completely on their head in surprising ways. Seriously, the ‘film-within-a-film’ plot was iconic, with a refreshing way of taking Sidney back to her roots without actually treading back over old, bloody paths.

In fact, I’d go out on a very small, incredibly lonely limb and say it’s my favourite of the lot.

Wes Craven’s third outing took place three years after Scream 2 and followed a new Ghostface plotting their revenge on Sidney, who escaped into self-imposed isolation to avoid the spotlight and also to stay alive.

However, that didn’t last long and she was dragged to Hollywood when a serial killer targeted the cast of the Stab franchise, the film based on her life, with Parker Posey, Jenny McCarthy and Scott Foley among the new cast members either fighting for their futures or taking the lives of others.

There is a different tone to the movie compared to the two that came before it, and that has a lot to do with screenwriter Kevin Williamson being unable to return to the fold due to prior commitments. Ehren Kruger took over writing duties and introduced more comedic elements and less gore than we had seen before.

This is something that Randy Meeks (Jamie Kennedy) came back to warn us about. In the film buff’s posthumous video tape, he explained that the final instalment of a trilogy – which Scream 3 was slated to be at the time – often goes bigger and more over the top, and there’s no doubt that it did that.

Yes, there were less wince-inducing stabbings and brutally bloody bludgeonings, but there was also an explosion, some slap-stick killings and some not-so-gentle ribbing at many traditions that trilogies fall back on, which all add to the camp style and fun while providing a scathing commentary on the movie industry and lens on true crime in Hollywood.

The new characters were branded ‘thin’ and ‘one-dimensional’ by critics which is an unfair assessment because that is literally the point of their roles. The actors play a mixture of Hollywood hopefuls or desperate performers who are vying for a part in a tired sequel of a ‘real-life crime film’, it would be weird to focus more on them when if feels like we’ve already been through the wars with Gale, Sidney and Dewey. To give as much screen time and attention to their backstories as we have on the main trio, only for them to be killed off, would make no sense.

While we’re at it let’s be honest, the ‘film within a film’ aspect of it is actually more intelligent than everyone gave bosses credit for at the time, they managed to include several digs at the state of the industry for churning out messy sequels with bloated casts and celebrity cameos just for shock value, something they winkingly gave us with Carrie Fisher’s brief stint and that Jay and Silent Bob appearance.

They also wrote in knowing jokes about complicated re-writes, something they themselves had to contend with behind the scenes. The ‘actors’ being killed off in the order their characters died was another enjoyable added twist, with an interesting way to bring Sidney back to her roots in a recreated Woodsboro. The spirit of Scream was still alive and well, it was just packaged differently, which is the point of a sequel.

And those of you who complain the flick was overly cringe at points clearly had a well-timed loo break in the second film when Derek, played expertly by Jerry O’Connell, got up on a table and sang I Think I Love You in the campus cafeteria, a la Top Gun. Something he, and we, will never live down.

It’s not perfect by any stretch and some things didn’t work. Yes, I’m looking at the whole bizarre side plot of Sidney being stalked by her late mum in dreams, which just catapulted us away from the terror and into sheer ‘what is actually happening here?’ territory. Randy warned ‘the past will come back to bite you’ but this was a bit too far…

And, while I’m at it, the less said about Gale’s criminal micro-fringe hair the better…

But Scream 3 still has many factors we loved the other horrors for – it mocked the standard film tropes of running up the stairs and not legging it out out of the door when being chased by a knife-wielding maniac, we still got a gun battle with a final death fake-out – there’s just more of a Hollywood sheen of two-way mirrors, secret doorways leading to creepy basements, costumes and fake blood because they are literally in Hollywood.

The killer is still on the line but this time the prank call is coming from inside the gigantic, prop adorned house – and that’s why it is probably up there with some of my very favourite scary movies.

Scream is released in cinemas on January 14. 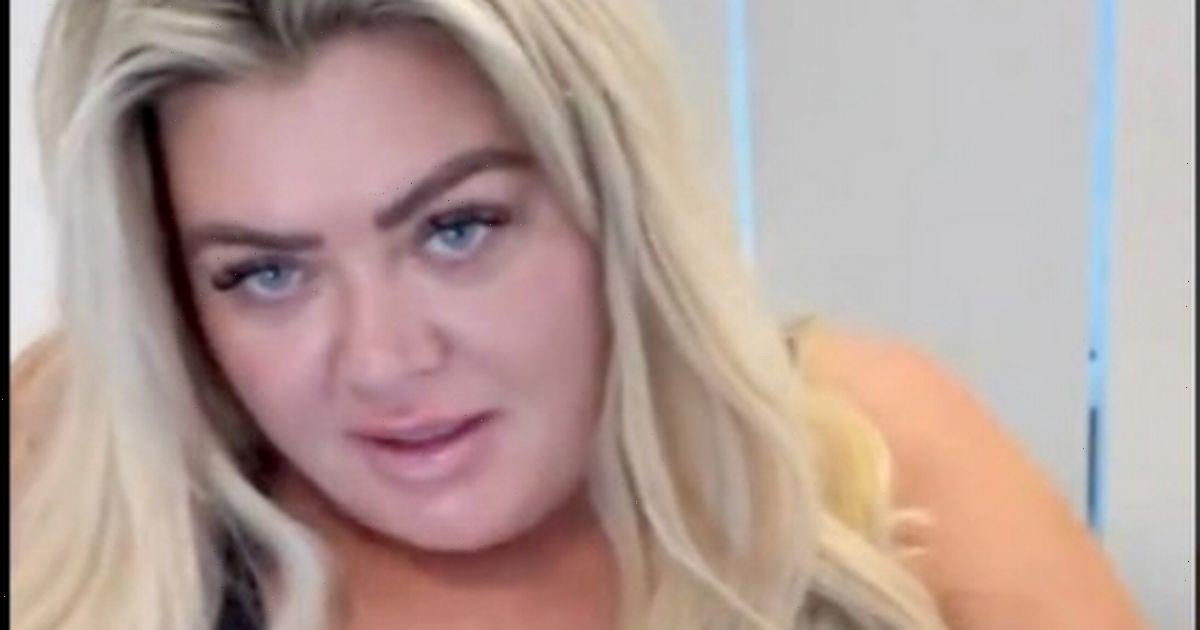