Ke Huy Quan landed his first ever acting roles as a teenager in two of the biggest films of the 1980s: Indiana Jones and the Temple of Doom and The Goonies.

Just a few years later, he stopped acting for two decades – not out of choice, but due to the total lack of opportunities for Asian actors. He instead took on jobs behind the camera, mostly stunt coordinating. Now, he’s returned with his first role in 20 years in sci-fi phenomenon Everything Everywhere All At Once alongside Michelle Yeoh and Jamie Lee Curtis. But the decision to return was far from easy.

‘I was content working behind the camera all these years,’ Ke, now 50, told Metro.co.uk.

‘I wanted to be up on the screen with them. When I started thinking about getting back to acting, I had numerous conversations with my wife. I wanted to do it but I was very afraid, I was afraid because I didn’t know if the audience wants to see me back. It wasn’t a decision I could make myself because now I have a wife and we needed to make it together.

‘We talked about it. She said, “You’ve got to be prepared to audition for roles and get rejected again, and again, and again, just like you did when you were in your younger days.” I didn’t know if I was ready for that. As an actor, one of the most difficult things is, you get an audition, and then you get rejected over and over again. I guess it’s alright when you’re 18 or 21, you’re just starting out. But for someone like me, I’m a middle-aged man. I didn’t know if I could take it or not.

‘I thought about it for a long time and it was not a decision that was made lightly. In fact, my wife and I were continuously talking about this for more than a year.’

Getting emotional, Ke recalled how he finally called an agent friend of his to tell him he had decided to return to acting.

‘Two weeks later, I got a call about this film.’

Everything Everywhere All At Once is unlike any other film. The mind-blowing sci-fi romp, directed by Dan Kwan and Daniel Scheinert (known as the Daniels), follows a mother (Michelle Yeoh) who is told she must connect with parallel universe versions of herself to stop the end of the world.

Starring alongside Ke, who plays three different versions of the same character, and Michelle, were Stephanie Hsu, James Hong, and none other than Jamie Lee Curtis.

While Ke felt crippling nerves, there were some parts that felt like second nature to him – the movie shooting practically in a building in Simi Valley, and the stunts.

‘I did most of [the stunts],’ he recalled. ‘There were only two shots I didn’t do. I trained with our stunt coordinator and our action choreographer, we trained for weeks. I studied martial arts and I’ve done action for many years so I was quite familiar with that language.’

One incredible scene sees Ke’s character Waymond fighting off villains with just a bum bag (or a fanny pack), which the actor described as incredibly physically demanding.

‘That was a different style than I was accustomed to,’ he admitted. ‘It’s called a wushu rope dart. I trained with them, I brought the fanny pack home. I was swinging the fanny pack around so much that I ended up breaking a lot of things and my wife wasn’t too happy about it.

‘It’s about six feet long and you can imagine, I’m watching TV or I’m going to the kitchen and I’m just swinging it around, just to get used to it. Everywhere I’d go, I’d be knocking things left and right,’ he laughed.

Fanny packs aside, Ke had some serious fears about being back on a movie set in an acting role.

‘The first week of shooting I was really nervous because I hadn’t done anything for 20 years,’ he reflected. ‘The first shot, it was me sitting in front of Jamie Lee Curtis, behind me was Michelle Yeoh, and to my left was James Hong, and this was the very first shot, and I kind of had a panic attack, and I go, “What the hell am I doing? These are all legendary actors.”

‘I was really nervous and, after it was done, I walked up to the Daniels, and I said, “Is there anything you want me to change?” And they go, “No, no.” So we kept on shooting and there was one shot I did, and Jamie Lee Curtis is always by the monitors watching. When she’s not working, she doesn’t go into a dressing room, she’s by the monitor watching. When she saw, she came over to me, and she said, “Ke, that was fricking incredible.” And to get that praise from Jamie Lee Curtis meant so much to me. I walked on set the next day with total confidence, and that’s how I finished the movie.’

But he wasn’t going to leave much to chance.

‘I hired myself an acting coach, a dialogue coach, a voice coach, and a body movement coach, and because I had three months to prepare, I went through my entire life in search of all those emotional feelings that I had – from the ups and the downs and all the different phases in my life, and poured all of that into these three different characters,’ Ke explained.

One scene he was particularly nervous for was the emotional finale, which sees Waymond plead with everyone to ‘stop the fighting’.

‘I was so nervous for not being able to go there emotionally for that scene, because it was such a powerful scene for me. It was such an important scene, and I wanted to do it justice. I remember being really nervous filming it,’ he said, adding that he feared he wasn’t going to be ’emotionally involved’.

He needn’t have doubted himself – the moment the scene started, ‘tears started coming down because it was such a powerful thing.’

After such huge success in his first film back, it would be understandable if Ke wanted to leave roles like Short Round from Indiana Jones and Data from The Goonies in the past – after all, they’re almost 40 years old now. But he feels a little differently.

‘Indiana Jones and the Temple of Doom was my first movie, and my second movie was The Goonies, and those movies changed my life,’ he reflected.

‘I’m grateful to Steven Spielberg and George Lucas and Harrison Ford for giving me that amazing opportunity and really, they’re such classic movies, they’re such beloved movies all over the world and by generations. And for many, many years, that’s what I was only known for. In fact, the last time audiences saw me up on the screen was then. To the audience member, if you say my name, that’s what they see, is that little kid, Short Round and Data.

‘I was happy with it but I always wished that there was something I could do today where people could say, “Oh my god, you’re in Everything Everywhere All At Once. And by the way, you’re were also in Indiana Jones.” And that’s what I want – and it happened yesterday. I went into a restaurant and there was this wonderful elderly couple that said, “You’re Waymond from Everything Everywhere All At Once” and we were talking, and a waiter comes up and says, “Yeah, he was also Short Round.” And that was exactly what I wanted. People that can recognise what I’m doing now – not just what I did 38 years ago.’

And as for how the industry has improved with Asian representation, he pointed out: ‘There’s definitely more work to be done.’

‘Any time you have sustainable improvements, it always happens gradually,’ he said. ‘I know how difficult it was to be an Asian actor in the 80s and early 90s, and [it wasn’t] even really up until very recently that we see things starting to change, with a television series called Fresh Off The Boat, and then of course Crazy Rich Asians was the movie that made me decide to get back into acting. But I’m very grateful for the Asian representation that we have seen in the last few years. I never want to look back, I always want to look forward, and I’m very optimistic to see where things are going.’

As for what the future holds, Ke has no real idea – but he’s excited to find out.

‘I’m still processing everything that’s happened so far. I’m feeling very blessed and very lucky,’ he told us. ‘I don’t know what the future holds but all I can say is I’m so happy right now and I feel like this is where I belong.’

Everything Everywhere All At Once is in cinemas now. 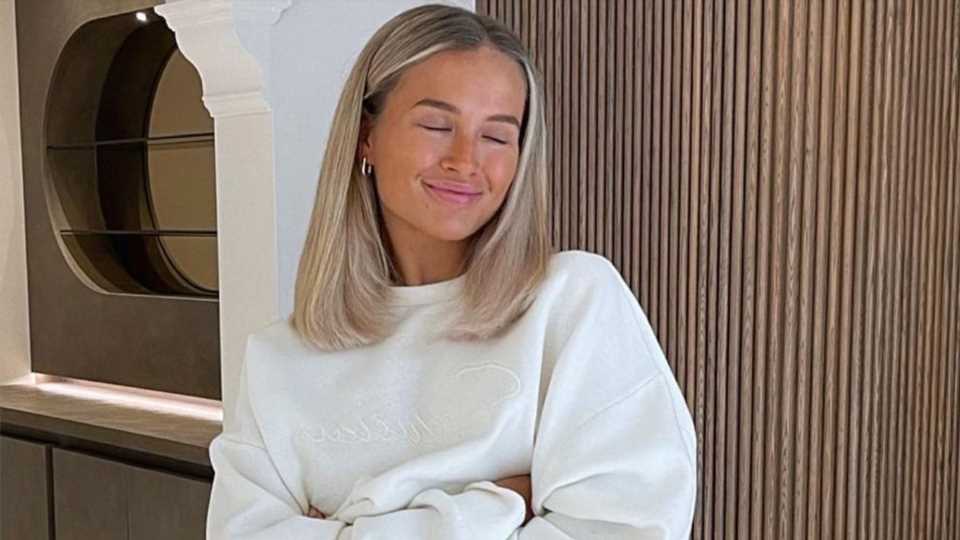