Socialite Paris Hilton burst onto the scene in the early 2000s. All those years ago, she starred along with her then-best friend, Nicole Richie, on their reality show, The Simple Life. And fans couldn’t get enough. The two traveled across the country, exploring life as they had never lived it, and most of the time, hilarity ensued. Hilton made a name for herself with the reality show, and she had a distinctive way of presenting herself. But the quiet, ditzy girl depicted on screen wasn’t the real Paris Hilton — in fact, she didn’t even use her actual voice.

What was Paris Hilton like in ‘The Simple Life’?

Paris Hilton grew up living a life that others can only dream of. She is the great-granddaughter of Conrad Hilton, the founder of Hilton Hotels, and her family is estimated to be worth billions of dollars. So the reality TV boom of the ’00s capitalized on her wealth and status with The Simple Life.

The show depicted Hilton and Richie (daughter of Lionel Richie) taking on physical labor and menial tasks. The humor came from seeing them act out of place and clueless about things like grocery shopping, yard work, and functioning without their cell phones and personal assistants. But as the heiress explained more than a decade ago, some of it was an act.

Paris Hilton explained her voice and ‘The Simple Life’ persona

Hilton was pretty unforgettable on the show, and at the time, fans may have thought that they were seeing who she really is. However, in a 2011 ABC interview, the socialite revealed that her persona on The Simple Life was a character created for the show.

While Hilton explained it was just “a character,” she still used the voice in interviews. “Sometimes, when I’m on camera, I’ll revert back to it a little bit. Just because I’m so used to it, ’cause I did it for so long.”

Hilton has spoken about this many times. “When I was developing the character for The Simple Life, I just was like, ‘This is your voice for the show, do it all the time,’” she told Vice in 2015.

The origins of the baby voice 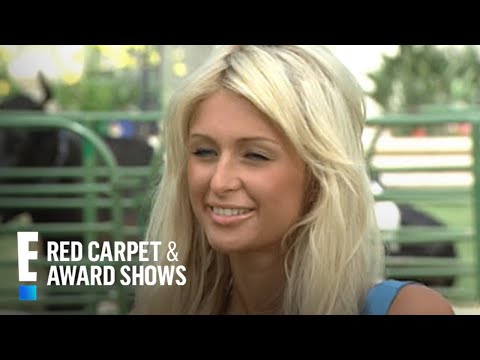 It turns out that Hilton’s “baby voice” didn’t just come out of nowhere. In fact, she’s been using it her whole life, especially when it comes to getting what she wants.

“[The baby voice] developed when I was like really young, when I was a baby or a kid,” she said in the Vice interview. “If I wanted to get something from my dad, I’d be like, ‘Dad, I really want this!’” She explained she later used it on boyfriends.

The voice also occasionally slips out at other times. “I always talk normal, but if I start doing it they’ll be like, ‘Sit down, baby voice,’” Hilton continued. “People who don’t know me probably assume I’m like the biggest airhead on earth.”

Now, Hilton has a very different image. In addition to her business ventures and popular DJ career, she dove back into reality TV with Paris in Love, focused on her wedding day. In it, she goes back and forth between her voices — but it seems like Hilton is finally herself this time around.