Only three episodes remain in The Blacklist Season 9. Fans are in store for a wild ride as the finale approaches. The finale two episodes of The Blacklist are often split into two parts, and season 9 won’t be any different. NBC revealed the titles of the final two episodes of the season, which is a big hint about this season’s big bad. Betrayal and drama are sure to be in store. Hopefully, answers are as well.

The final two episodes of a season of The Blacklist are often split into two parts, focusing on a major blacklister criminal. For example, the final two episodes of season 1 are titled “Berlin” and “Berlin Conclusion.” Part I hints at Berlin’s arrival and the episode ends with a prison transport plane crash. In part II Red and Liz try to hunt down Berlin, but there is a shocking twist at the end. 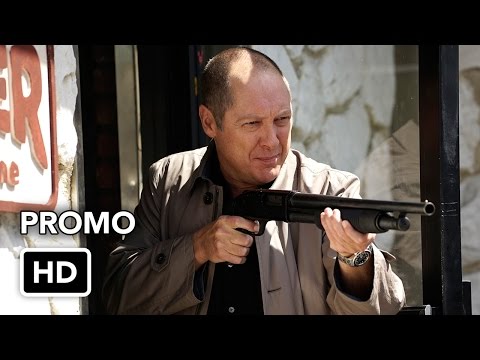 Marvin Gerard plays a big part in the season 9 finale

Marvin was an associate of Raymond Reddington’s who sometimes worked as his shadow council. Reddington breaks Marvin out of prison in season 3 episode 2, requiring his help in exposing the Cabal. Red and Marvin’s relationship has had its ups and downs. Red had Teddy Brimley torture Marvin in season 8, believing that Marvin betrayed him. However, Red later learns that Marvin was framed.

In The Blacklist Season 9, Red realizes that VanDyke must have had an accomplice in killing Liz. He also suspects that this mysterious person is connected to Cooper’s blackmailer, and whoever has managed to gain the majority of shares in Red’s company.

For a while now, many fans have suspected that Marvin Gerard is the person who betrayed Red. Given the names of the final two episodes of The Blacklist Season 9, it seems like they might be right. Marvin has reason to have a chip on his shoulder, considering Red had him tortured in season 8. Marvin’s closeness to the situation would certainly be beneficial in keeping him one step ahead of Red.

Could Weecha and Mierce be secretly against Red?

The Blacklist Season 9 introduced Weecha and Mierce Xui, who befriended Red in the years following Liz’s death. Theories have circulated that the Xui sisters may be secretly working against Red. Eagle-eyed Reddit users pointed out that Diany Rodriguez and Karina Arroyave are not credited in the finale episode of The Blacklist Season 9.

It’s possible that in the penultimate episode, Red will discover their betrayal. If that happens, Red won’t be too forgiving. He may have the sisters killed, but it’s too soon to tell exactly what will go down.

New episodes of The Blacklist air Fridays at 8 p.m. EST on NBC.