In 2007, a 13-year-old Japanese boy named Higashida Naoki — with the help of the alphabet board his mother created to help her son communicate his thoughts — built a desperately needed bridge between a nonspeaking autistic mind and the neurotypical world that has long struggled to understand them and too often neglected to try. The bridge assumed the form of a book titled “The Reason I Jump,” and, like all bridges, it called attention to the gaps that it was hoping to cross: The gap between what Higashida thinks and what he’s able to convey; the gap between a nonspeaking autistic child and their parents; the gap between reductive misconceptions about the autism spectrum and the infinite constellation of human experience that such a spectrum actually represents.

Higashida was part author and part codebreaker, which helps to explain why he and his book attracted the attention of “Cloud Atlas” writer David Mitchell. Not only do Mitchell’s novels reflect a near-pathological obsession with puzzle-solving and the space-time between people, but he and his wife KA have an autistic child of their own. Together, they translated “The Reason I Jump” into English — effectively bridging yet another crucial gap, albeit not without some controversy — and the book became an international bestseller that has since been published in over 30 different languages. Higashida’s title was meant to be taken at face value (he has physical reactions to emotional feelings, and literally wanted people to understand why he sometimes leaps off his feet), but the global popularity of the book revealed “The Reason I Jump” to have a double meaning: By explaining why he jumped up, Higashida had also mapped out many of the things that neurodivergent people and their parents have been dying to jump over.

Higashida didn’t intend for his story to be representative of the entire spectrum, or even reflect the experience of anyone else, but he hoped that explaining what goes on in his own mind would help to forge a compassionate new understanding between the neurotypical and neurodivergent communities. If Jerry Rothwell’s film version of “The Reason I Jump” is far more effective and self-possessed than most documentary adaptations of “memoirs” tend to be, that’s largely because it sees Higashida’s book as a lens instead of as a subject, and refracts various other people through it in recognition of the rare tale that’s less important than how it’s translated.

“The Reason I Jump” is a movie about neurodivergent people that’s unambiguously intended for a neurotypical audience, and — based on the explicit purpose of his book — it’s safe to assume that Higashida wouldn’t have wanted it any other way. By neglecting to appear on screen, the now-adult author prevented Rothwell from missing the forest for the trees and being seduced by the biography of it all. While draped with bits of narration from Higashida’s book that play over dreamy footage of a Japanese-british autistic boy (Jim Fujiwara) wandering through the countryside, Rothwell’s film uses Higashida as more of a guiding light than a character, which allows it to bear out the book’s lessons away from the person who wrote it (and, in doing so, to quietly dismantle some of the skepticism that has dogged Higashida, his mother’s use of facilitated communication, and the broader idea that nonspeaking autistic people are even capable of having the thoughts they struggle to express).

Cutting between a handful of characters from across the globe with a grace that allows their stories to overlap without feeling rushed, “The Reason I Jump” unsentimentally maps the distance between these neurodivergent people and the world around them. We meet Joss in the U.K. (the son of the film’s producers), a tow-headed teenager who’s drawn to the high-pitched frequency of his neighborhood’s electrical boxes in a way that dovetails with Higashida’s writing about the comfort of familiar sounds, and how they help to make sense of a world that his mind assembles from the details out, instead of from the top down. Like Higashida, Joss’ memory appears to function like a malfunctioning slideshow; he has photographic recall stretching all the way back to when he was two, but often struggles to divine whether something happened yesterday or 15 years ago.

Amrit, in India, isn’t nearly as verbal, but she’s able to express herself through her remarkable drawings of the things and people she sees. One heart-rending scene finds her mother confessing that she’s “acted so strange” with her own child, and cracking with regret over trying to stop her daughter from being herself; “The Reason I Jump” never feels the least bit like an advertisement for the best-seller that inspired it, but such moments help illustrate the effect Higashida’s book might have had on the parents of neurodivergent kids. Americans Ben and Emma have been friends since they were kids, and it certainly seems to have been a journey for their moms to reach their current understanding. If watching Ben type out “Emma is my north star” is enough to convey the full universe of emotion that exists in the infinite space between what people can express and what they’re able to contain, seeing how Jestina’s parents have to contend with accusations of their daughter being a devil in Sierra Leone is an awful reminder of how cruelly that space can be filled by those who are too afraid to explore it.

This is a film about mapping that middle ground, and so it makes sense that Rothwell presents it in a way that tries to thread the needle between the experience of living on the spectrum and the experience of living with the spectrum, each of which can be confusing in its own way. His sense-oriented approach creates an effective-enough approximation of what it may be like to see the world through Higashida’s eyes (or those of someone like him), with scenes taking shape from their smallest details. Individual stimuli — the hum of a radiator, the light of a screen, the texture of a metal piece of mesh — receives the kind of attention that most documentaries reserve for talking heads, while Nainita Desai’s score builds little symphonies out of ambient noise.

Of course, this sincere facsimile of Higashida’s POV also exposes its own limitations, and reinforces the difficulties of conveying an experience that can never truly be shared. An even more extreme aesthetic akin to that of a movie from the Harvard Sensory Ethnography Lab may only have made that disparity seem more pronounced, as the veneer of verisimilitude would likely have served to underline all that was lost in translation. For all that Joss’ parents can extrapolate about his experience, their greatest wish is still to understand what it’s really like for him, if only for a few minutes.

By opting for a measured and more humble approach, “The Reason I Jump” solidifies as less of an instructive solution than an empathetic work of encouragement. Rothwell recognizes that we don’t know what we don’t know, and that assuming things about the inner lives of people who can’t express themselves can lead to grave inhumanities. Without making sweeping pronouncements or presenting nonspeaking autistic people with too much of the semi-mystical flourish that led some critics to dismiss Higashida’s book out of hand, this lovely doc leaves us with only one certainty: Just because we don’t understand something doesn’t mean there isn’t a good explanation for it.

“The Reason I Jump” will be available to watch in virtual cinemas via Kino Marquee beginning on Friday, January 8. 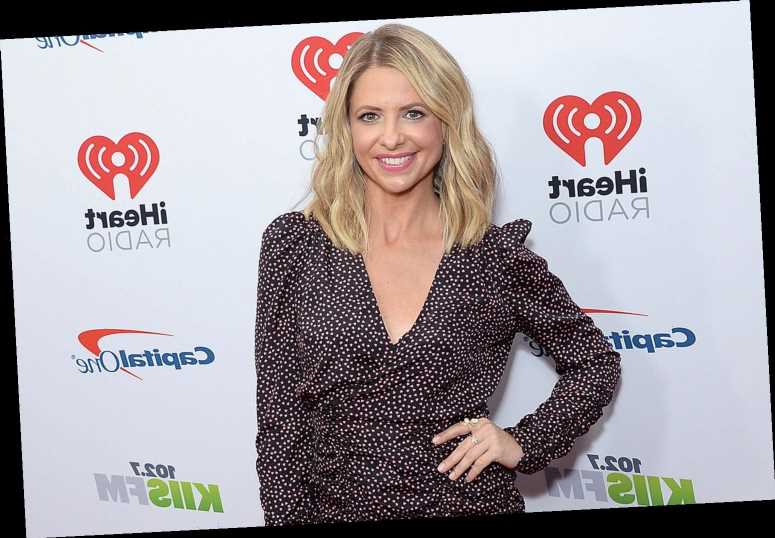 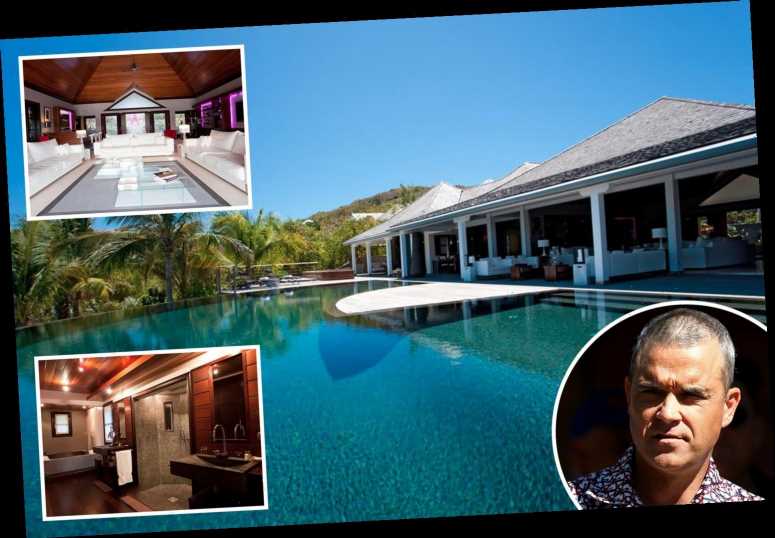 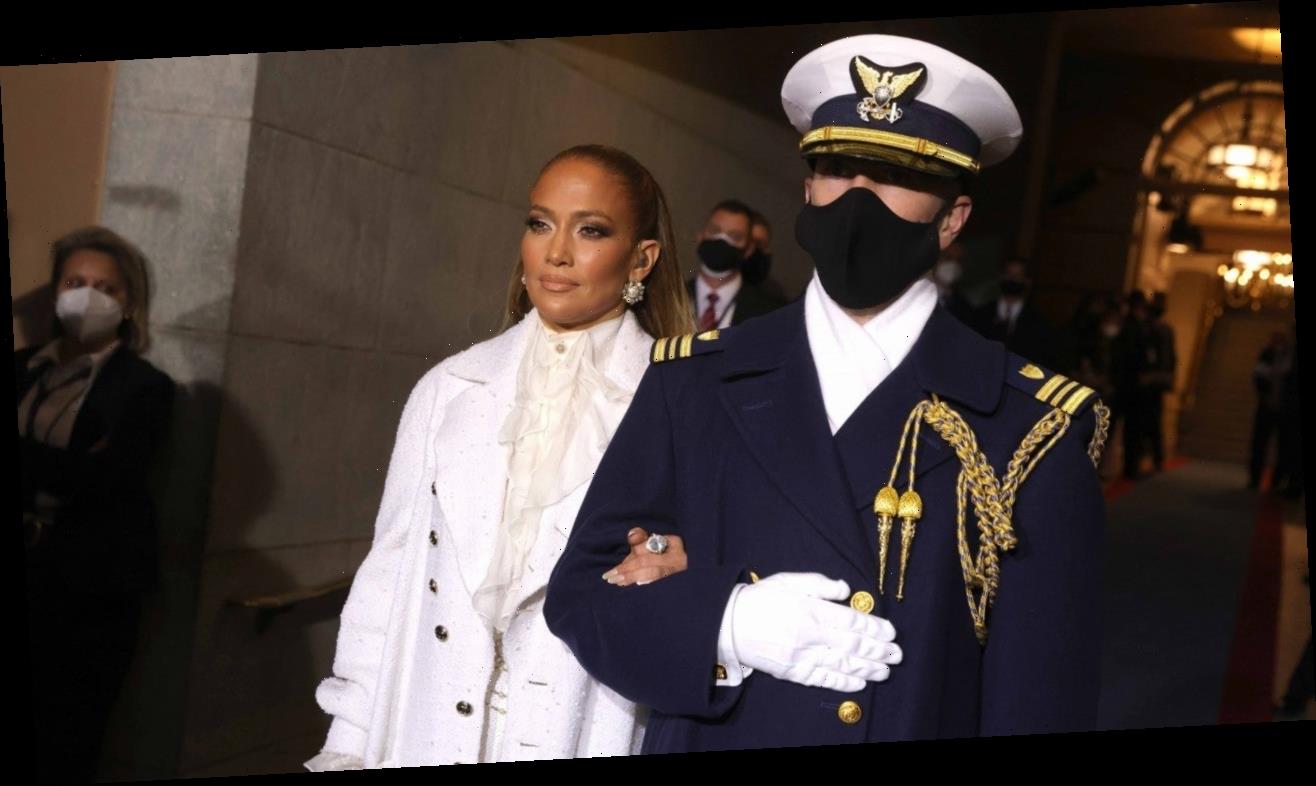 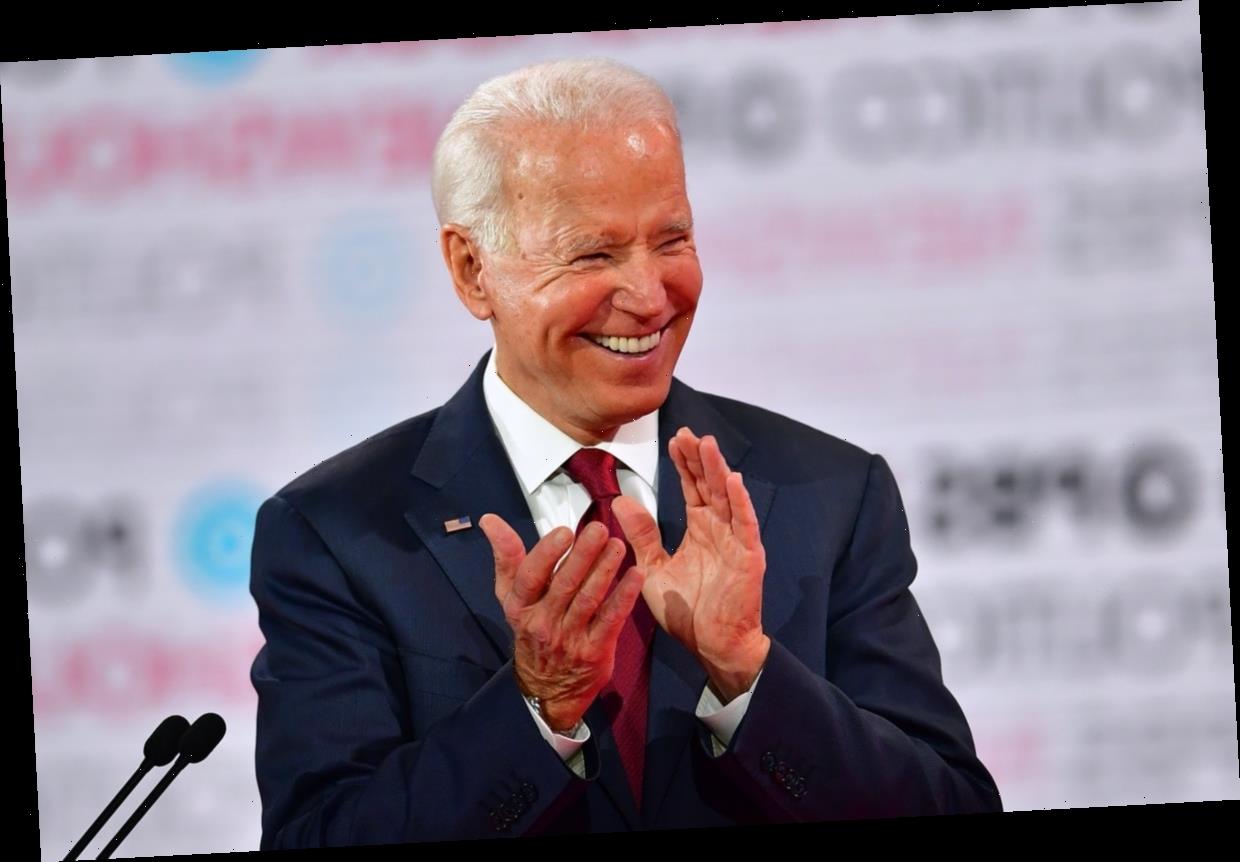 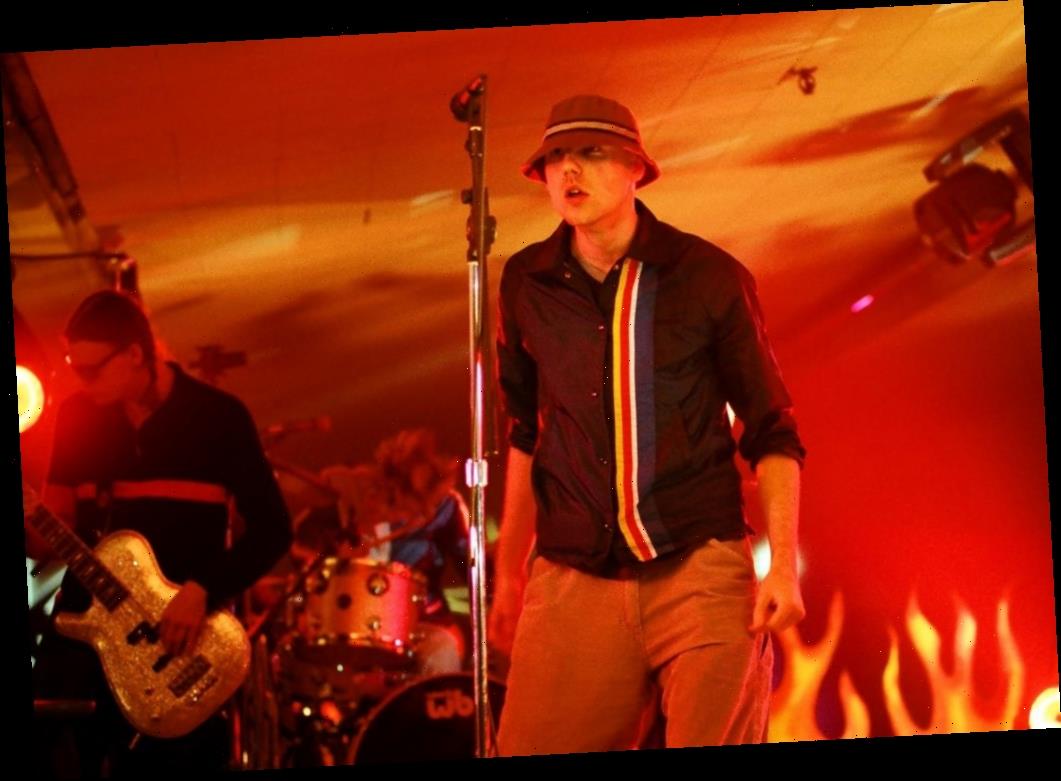 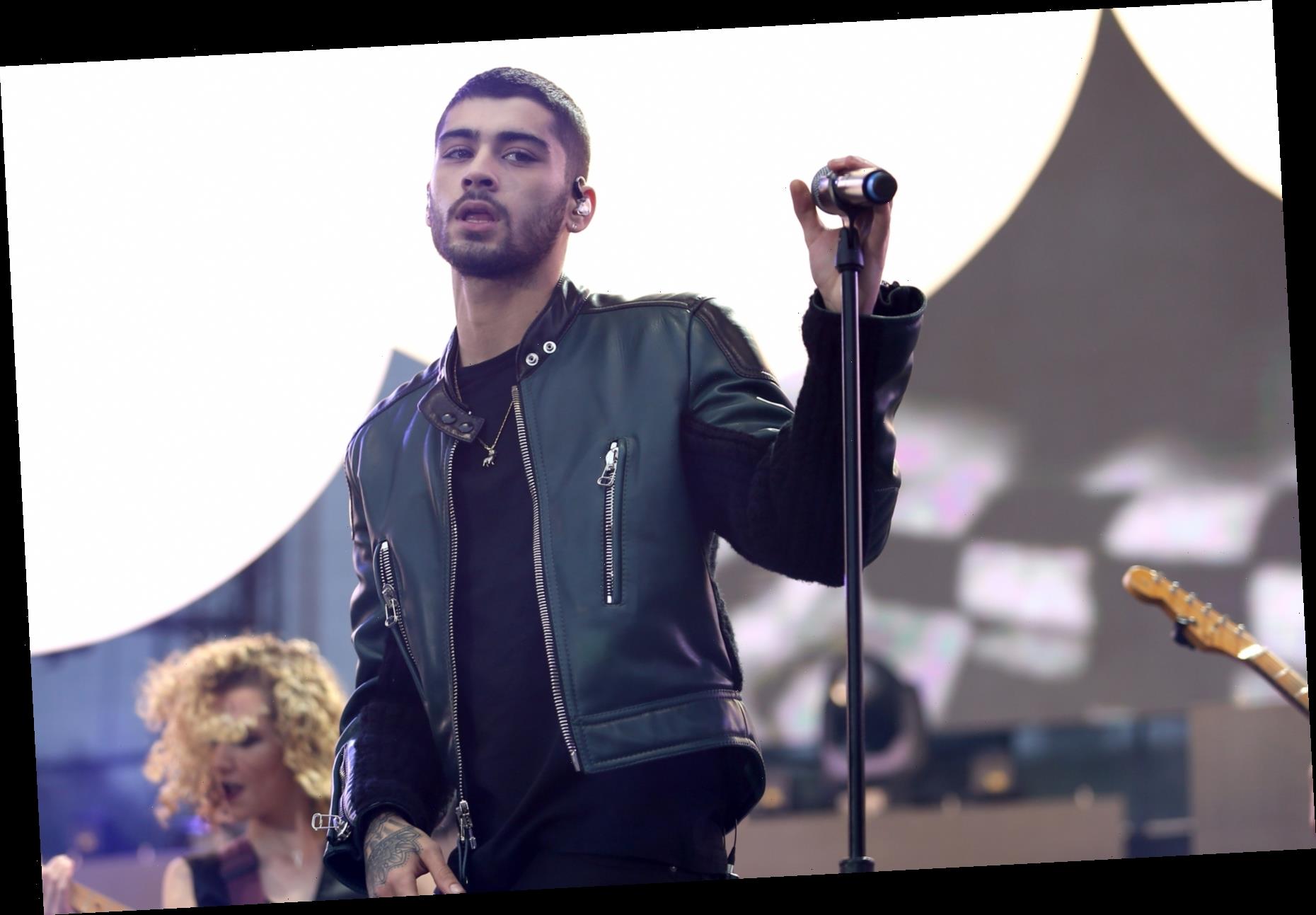